The interest-rate outlook keeps getting bleaker.

Late last year, financial markets were pricing in the possibility that in May of this year, the Federal Reserve Board would raise its benchmark interest rate by a quarter of a percentage point to between 0.25% and 0.5%. (https://www.dtnpf.com/…)

By year's end the Fed was signaling that the first quarter-point hike would come in March and Fed officials were predicting three such increases in 2022 and four in 2023, taking the benchmark rate to around 2%. (https://www.dtnpf.com/…)

By early last month, some financial-market investors were expecting a half-point increase in March. Fed chair Jerome Powell hedged his bets, promising to move cautiously with the March rate hike but also praising Paul Volcker as "the greatest public civil servant" of his era for squashing inflation in the 1980s with big rate hikes. (https://www.dtnpf.com/…)

At its March meeting, the Fed raised rates a quarter point but Fed officials predicted there would be seven increases in 2022, up sharply from their forecast of three a few months earlier, and further increases in 2023, taking the benchmark rate to around 2.75%. (https://www.wsj.com/…)

And that didn't end matters.

Not even a week after the Fed meeting, Powell said the Fed wouldn't hesitate to use half-point increases, even at the risk of slowing the economy. (https://www.wsj.com/…) In a speech titled "Restoring Price Stability," Powell said Russia's invasion of the Ukraine had exacerbated inflation and undermined the Fed's hopes earlier this year that price increases would soon be coming down.

"That story has already fallen apart," Powell said. "To the extent it continues to fall apart, my colleagues and I may well reach the conclusion we'll need to move more quickly. And if so, we'll do so."

In shifting from a balanced concern for inflation and employment to a full-fledged focus on price stability, the Fed is essentially admitting its inflation-hawk critics have been right: It's behind the curve. Scrambling to catch up with inflation before it spins out of control, the Fed is still not going as far as those critics deem necessary.

One of the fiercest critics is former Treasury Secretary Larry Summers. A brilliant PhD economist with a combative style, Summers has attracted, and sometimes courted, controversy throughout his long career in academia and public service.

Recently Summers has waged an attack on Powell's Fed in two op-ed pieces in the Washington Post. In them, he argued that the key to combating inflation is raising "real," or inflation-adjusted, interest rates.

Summers doesn't think inflation will come down that much. In one Post op-ed he suggested inflation will be around 5% in two years, meaning the Fed's forecast benchmark rate would still be a couple of percentage points negative. (https://www.washingtonpost.com/…)

In a second op-ed, Summers wrote that real rates "likely will have to reach levels of at least 2 or 3% for inflation to be brought under control. With inflation running above 3%, this means rates of 5% or more -- something markets currently regard as almost unimaginable."

He's right about one thing for sure. The markets are indeed not expecting rates at the levels he's predicting. They still seem to be assuming inflation will come down during the next couple of years. Summers derided the markets' lack of imagination. (https://www.washingtonpost.com/…)

Could the stock market be foolishly optimistic, as Summers suggests? It's happened before. But the bond market?

Bond investors, by definition, are hypersensitive to the possibility of inflation. They're lenders, and inflation means they get paid back in devalued dollars. If they expected inflation so virulent it forced the Fed to 5%-plus interest rates, their fears would be reflected in bond-market movements.

Instead, Matthew Winkler wrote in the Washington Post, those movements suggest "the people who buy and sell Treasury securities around the world don't anticipate accelerating inflation in the long run." (https://www.washingtonpost.com/…) Winkler is someone to take seriously. He spent many years covering the bond market for the Wall Street Journal before joining Bloomberg, where he was editor-in-chief from 1990 to 2015.

Winkler said investors in government securities are "betting fortunes and reputations on the conviction that inflation will surge during the next two years and then abate precipitously at some point over the next eight years ..."

Now granted, I've not seen any of the Fed's defenders, including Winkler, address Summers' real-interest-rate argument. Essentially, Winkler and the host of big-name economists he cites in support of his view just think the Fed shouldn't drive rates sharply higher until the bond market is signaling panic.

Or as Winkler put it, "The better scenario is for the Fed to raise interest rates when market and financial conditions actually demonstrate that it truly is behind the curve."

Fed policymakers will have to decide whether Summers or Winkler is right -- and take their chances with the outcome. If they need a summary of two conflicting views, they're starkly sketched in competing Washington Post headlines.

Winkler's: "You Say the Fed Is Behind the Curve? Prove It." (https://www.washingtonpost.com/…) 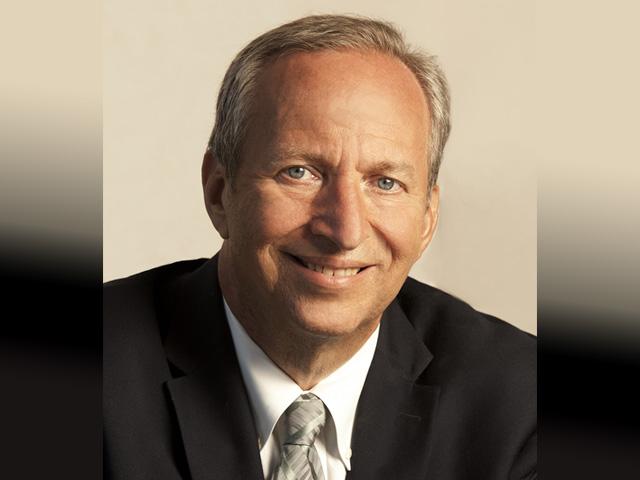