Russia's invasion of Ukraine squeezes the Federal Reserve Board in contradictory ways. Its inflationary effects might seem to call for pushing rates higher, faster. But the resulting economic uncertainty inclines the Fed to move cautiously, at least in the short run.

In the long run, the invasion could be laying the groundwork for much higher rates than previously forecast.

Testifying before Congress on March 2 and 3, Fed Chair Jerome Powell signaled the central bank will make the first move at its mid-March meeting with a quarter-point increase from current near-zero levels, not the half-point increase some had feared. "In this very sensitive time at the moment, it's important for us to be careful in the way we conduct policy simply because things are so uncertain and we don't want to add to that uncertainty," Powell told the Senate Banking Committee. (https://www.wsj.com/…)

Yet Powell admitted that the escalating sanctions spell "upward pressure on inflation for at least awhile." Before the invasion, Fed policymakers thought the inflation rate would be coming down by the time of their March meeting. Instead, it's likely to be going up.

That puts the Fed in a bind. Continued increases in inflation would seem to call for beginning the rate raising with a bolder increase, a half point rather than a quarter-point. But with the world economy on tenterhooks owing to the invasion, a half-point increase risks touching off a recession or even a financial crisis. That's what Powell was alluding to when he said the Fed doesn't want to "add to the uncertainty."

Central banks are also loathe to react to what they see as temporary price shocks, like the surge in oil and gas prices touched off by Russia's invasion. That's yet another reason the Fed would want to move cautiously.

The problem with moving cautiously even as inflation accelerates is that it could force the Fed to take truly drastic action later. There's a real risk the public comes to expect higher prices and demands higher wages to compensate. While the energy-price shock is probably temporary, it worsens the risk of a wage-price spiral, which would be anything but temporary.

If a wage-price spiral develops, Powell could find himself in something like the position Paul Volcker was in when he took over as Fed chair in 1979. Inflation was raging at double-digit levels, and in response the Fed under Volcker boosted its benchmark interest rate more than eight percentage points over two years, from just under 11% to more than 19%. (https://www.washingtonpost.com/…)

Inflation surrendered; Volcker suffocated it. The cost, though, was a deep recession and huge pain for borrowers. Farmers of a certain age shudder when they recall that era, which took many a farm down with it.

During the Senate Banking Committee hearing Republican Senator Richard Shelby of Alabama asked Powell whether he would follow Volcker's example. Powell didn't flinch. He praised Volcker as "the greatest economic public servant of the era" and declared, "I hope that history will record that the answer to your question is yes." (https://www.nytimes.com/…)

This was, of course, a hypothetical exchange. We're not in the situation Volcker found himself and with luck we never will be.

Still, take this exchange between senator and Fed chair as an early warning sign. At recent meetings Fed officials have been projecting raising rates a couple of percentage points over a couple of years. But if inflation continues to worsen, rates could go up a lot more than that. A lot more. It would not be pretty to watch Jerome Powell channel his inner Paul Volcker. 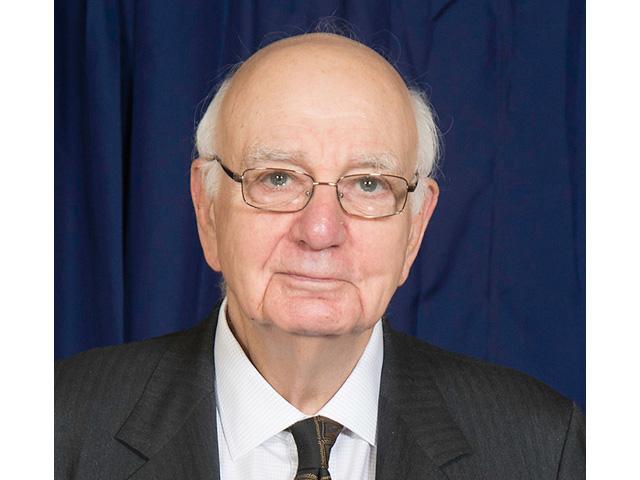