It isn't too early to start assessing some of the long-term consequences of COVID-19.

The short-term effects are slowly fading. A few thousand Americans are still dying of the coronavirus every week. But we're past peak danger.

More than 65% of the population is fully vaccinated and 45% of those have had a booster shot. At least 80 million of us have contracted COVID. Between vaccinations and having had the disease, then, a lot of Americans have antibodies. New variants of COVID are inevitable, but they'll have a harder time spreading.

The long-term consequences have already started to unfold. They're worth pondering because we're going to be dealing with them for a long time.

In an April 2020 post comparing COVID to the Black Death of 1348, I noted how that earlier plague had changed Europe's economy. With 50% of the population dead, labor was short and "peasants who had been vassals of noblemen roamed the countryside demanding higher wages."

Something vaguely similar has happened today. Of course, COVID's toll is nothing like the plague's. The death rate is around 1% of those who've had the disease, not 50% of the population. Still, like then, labor is short.

During the last two years, many people lost or quit jobs because of COVID. Some dropped out of the labor force for fear of contracting the disease. Others, especially women, are caring for children who, pre-COVID, would have been in school or day care.

Now the labor market is starting to recover and the unemployment rate is below 4%. But total employment is below pre-pandemic levels and job openings are near all-time highs. There appears to be a mismatch between the kind of work that's available and the skills of those looking for work. (https://www2.deloitte.com/…)

Whatever the reason for the labor shortages, they contribute to inflation -- directly by pushing wages up and indirectly by causing supply-chain disruptions. Eventually the labor market will get straightened out, but the inflation that shortages generated could well have its own long-term effects.

A potentially more lasting effect of COVID is the change it has wrought in where people work. Increasing numbers of companies are letting employees do their jobs remotely. Even top executives are no longer tied to headquarters.

At Meta Platforms Inc., the company that owns Facebook, the top product executive has relocated from California to New York, the vice president for integrity has relocated to Israel and chief executive Mark Zuckerberg "regularly spends extended periods at his compound in Hawaii and his other homes outside the Bay Area." (https://www.wsj.com/…)

With so many working remotely, many people who in the past would have relocated to take new jobs are staying put. Others are moving, but to places they want to live rather than places employers want them to work.

Companies as a result are saving rent by shrinking their office footprints. Perhaps as importantly, employers' pool of applicants has widened, enabling organizations to hire people who wouldn't have been available pre-COVID. On the downside, remoteness increases the difficulty of transmitting an organization's culture to new employees.

COVID's long-term effects aren't just economic. COVID exacerbated the country's political polarization. Some Americans thought the pandemic justified draconian government intervention; others considered these interventions infringements of their liberties. There was a lot of bad feeling across this divide.

Some of the long-term effects have probably not yet emerged. In the decades after the Black Death, Europe's rigid class system began to break down.

With so many of their peasants dead, the aristocrats, whose wealth depended on land rents, were short of people to work their land and thus short of money. They began intermarrying with wealthy merchants. No one realized it at the time, but the plague accelerated the unwinding of the feudal era's social order.

In a similar vein you can bet COVID will have long-term consequences we don't yet see. One intriguing possibility could affect rural America.

If people can work from anywhere, employees will no longer be bound to cities and suburbs, especially as more of the countryside gets broadband internet. Some will move to the country or to small towns.

It will take time, but in COVID's wake rural America could eventually experience a population and economic boom. 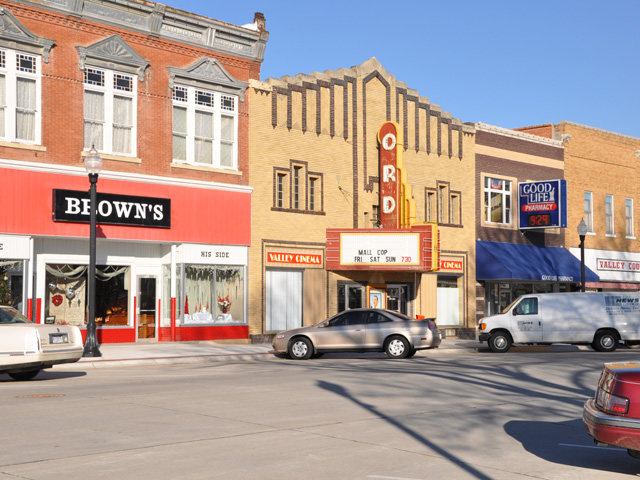