The Biden administration's plan to use farmers as a strategy against climate change is now in peril with Sen. Joe Manchin's statements Sunday that he can't support the Build Back Better bill.

Since coming into office, the Biden administration has focused on reducing greenhouse gases across the economy, including plans for agriculture to have "zero emissions" by 2050. The conservation funding and provisions for biofuels in the bill were expected to jumpstart those efforts and provide a strategy that would also expand the number of farmers whose operations could qualify for the increasing number of companies selling private carbon credits to producers.

Overall, the bill had more than $500 billion in various tax credits and spending provisions meant to reduce greenhouse gas emissions across the economy. That included money to retool the electric grid to make it more resilient to storms and increase the use of renewable energy.

President Job Biden had conceded late last week that his $1.7 trillion social-agenda bill would not pass this year, but talks were continuing with Manchin, D-W.Va., whose vote is critical for the passage of the bill in a 50-50 Senate. Manchin, speaking on a Fox News show Sunday morning, said he can't support the bill.

"I can't move forward. I cannot vote to continue this piece of legislation. I just can't," Manchin said.

Manchin's comments forced the White House to release a statement that Manchin had broken his word to the president and cited the senator's comments last week that he was continuing to negotiate in good faith. "Senator Manchin's comments this morning on FOX are at odds with his discussions this week with the President, with White House staff, and with his own public utterances," the statement from White House Press Secretary Jen Psaki stated.

Manchin's longer formal statement mentioned the national debt and inflation as his major concerns in opposing the bill. Manchin stated the bill's "true cost" would top $4.5 trillion over ten years, which would be the cost if all of the provisions were extended out for a full decade.

"My Democratic colleagues in Washington are determined to dramatically reshape our society in a way that leaves our country even more vulnerable to the threats we face. I cannot take that risk with a staggering debt of more than $29 trillion and inflation taxes that are real and harmful to every hard-working American at the gasoline pumps, grocery stores and utility bills with no end in sight," Manchin stated.

While Democrats took to social media and vented on Sunday, Republicans crowed. Sen. John Boozman, R-Ark., ranking member of the Senate Agriculture Committee, said, "The Biden administration and Democrats in Congress are learning the hard way what was apparent to most of us – they never had a mandate to radically transform our country. Their proposals to dramatically expand or create new government programs with a record-setting, multi-trillion-dollar price tag had many Americans fearing the predictable consequences: higher taxes, more regulations, and less power over their own lives. That's why my Republican colleagues and I have fought these destructive ideas every step of the way."

Inflation and indirect tax increases were highlighted as reasons the American Farm Bureau Federation came out against the bill in mid-November. Farm Bureau stated the bill "would hurt rural America." Zippy Duvall, president of AFBF, stated in the letter that the Build Back Better Act "raises taxes and spends more taxpayer money at a time our country can afford to do neither." Duvall stated inflation is increasing costs around the country "and greatly increased federal spending is a contributing factor. Federal policy choices have raised energy prices, leading to higher costs for everything from food to used cars. And yet this legislation will further exasperate that pain through a methane tax on oil and gas." https://www.dtnpf.com/…

Tax provisions were cited in the bill as concerns at the DTN Ag Summit with provisions that could lead to tax increases on S corporations, though most of the tax provisions affected wealthier Americans. The bill also includes provisions that would cut taxes such as State and Local Tax (SALT) deductions.

Still, other agricultural groups also backed the bill. The National Farmers Union in October had urged lawmakers to pass the bill to help farmer address climate change. NFU noted other provisions in the bill would help rural America, including improving the quality and affordability of health care, and helping more children gain access to healthy meals. The National Sustainable Agriculture Coalition and 62 other groups in August had supported the bill's climate-smart agricultural provisions as well.

Another $25.3 billion would go toward USDA Rural Development programs. Within that area would come $9.7 billion in aid for rural electric cooperatives and $2.9 billion in loans for renewable energy. Another $1.96 billion for the Rural Energy for America Program (REAP) and $960 million for biofuel infrastructure. The bill also includes a new $970 million Rural Partnership Program that will establish competitive rural grants for states and tribes.

The bill also extends the $1 a gallon Biodiesel and Renewable Diesel Tax Credit through 2026, projected to generate $14.17 billion in tax credits for the biodiesel and renewable diesel industries.

Previous Post (USDA Rolls Out $5.2 Billion in Electric)
Next Post (GAO: USDA Overpaid in Trade War for Certain Commodities and Regions of the Country) 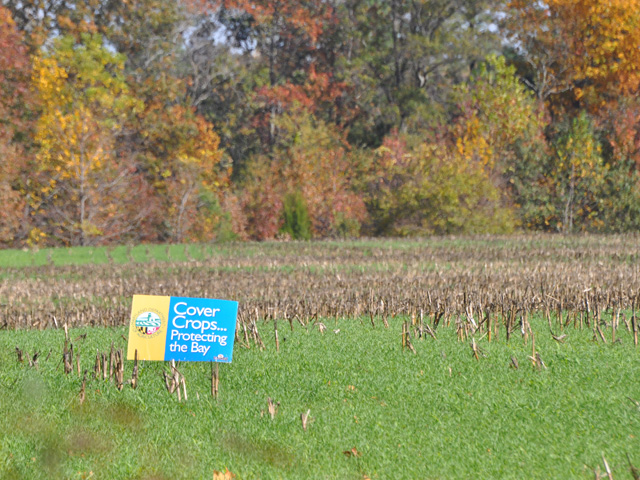