USDA on Thursday rolled out $5.19 billion in loans and grants for an array of infrastructure projects across 46 states and Puerto Rico involving "high-speed internet, clean water and reliable electricity in people's homes and businesses across rural America."

The announcement seemed to be part of push from the White House to highlight multiple infrastructure and supply chain programs in several areas. The White House also on Thursday released a plan to replace all lead pipes for drinking water across the country over the next decade as well.

The lion's share of funds involved loans to rural electric cooperatives and other rural energy providers, the largest of which was $550 million to the National Rural Utilities Cooperative Finance Corp. Western Farmers Electric Cooperative in Kansas, New Mexico, Oklahoma and Texas received $234.4 million in loans; Oglethorpe Power Corp., in Georgia received $234.68 million; and CoBank in Colorado received $200 million in loans.

USDA highlighted the Coweta-Fayette EMC, which will use an $86 million loan to build 602 miles of new line across eight counties. That also includes a $9.6 million investment in smart grid technologies as well.

The full list of Rural Development projects announced Thursday can be viewed at https://www.rd.usda.gov/…

The White House will use funds from the bipartisan infrastructure law to use ten federal agencies involving 15 new actions to replace all lead pipes over the next decade.

The challenge with lead water pipes springs from the Flint, Mich., water crisis that is still playing out. Flint's water problems began in 2014 when the city tapped into a different water supply from the Flint River. In some cases, lead in children's blood were spiked. The water challenges in the community continue.

Still, there are as many as 10 million lead water lines sending water to homes, businesses and schools nationally. The infrastructure bill included $15 billion to replace lead pipes. Vice President Kamala Harris announced the first tranche of those funds -- about $3 billion -- will start to be released for projects.

The Biden administration also laid out a series of programs meant to boost the workforce of truck drivers across the country.

The White House noted 2021 saw a push to increase commercial driver's licenses (CDLs) across the country with on average 50,000 CDLs and learner permits issued each month nationally, which is 20% higher than 2019. The pandemic struck down the ability to get CDLs as the number in 2021 is 72% higher than last year. The White House pointed out some states have tried different strategies to reduce backlogs and delays for getting CDL licenses such as expanded testing hours and more locations.

Within the list on initiatives from the White House on trucking, the Federal Motor Carrier Safety Administration (FMCSA) within the next 60 days will launch a pilot program to allow drivers ages 18-20 to receive CDLs. The plan will incorporate apprenticeships "to ensure rigorous training standards and pairing each young driver with an experienced mentor." Already, 49 states already allow younger drivers to drive intrastate. FMCSA first announced the pilot program as far back as September 2020, but the program hasn't gotten off the ground.

The White House is kicking off a 90-day "challenge" for a rollout of a new Registered Apprenticeship program with a goal to get 10,000 apprentices in the trucking industry. A Department of Labor partner, FASTPORT, will be working to sign up employers, unions and industry associations. The Department of Labor's Office of Apprenticeships also will be launching a website as well to do the same.

Along with that, the Department of Labor (DOL) will also expand its outreach through its Veterans' Employment and Training Service (VETS) to connect veterans with companies, unions and associations with veterans who have experience driving military vehicles as well. 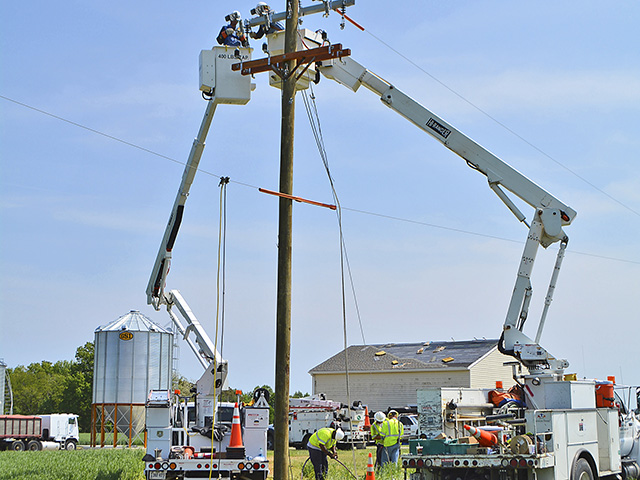