CHICAGO, Ill. (DTN) -- While the most alarming tax changes were taken off the table as Congress continues to debate the "Build Back Better Act," farm tax experts worry those provisions may return in the future when Congress looks for ways to pay for all its economic and social programs.

"They'll say Congress is not raising individual income tax rates, which appears to be true, but they will impose a series of other taxes on corporations, partnerships and individuals. It will be death by a thousand cuts," said Rod Mauszycki, principal in the Agribusiness and Cooperative group with CliftonLarsonAllen, an accounting and consulting service headquartered in Minneapolis.

The Build Back Better bill passed the House in November, but now appears stalled in the Senate as the White House continues negotiating with moderate Democrats. The bill's prospects for passing the Senate suffered a blow on Sunday when Sen. Joe Manchin, D-W.V., said he would not support the bill.

Some of those "cuts" remain in the bill currently under debate. Most affected in the farm and ranch community are trusts and owners of S corporations and partnerships. The bill also eliminates the conversion of assets from a traditional IRA to a Roth IRA for those looking to use a low-income year to convert their IRA to a Roth, which would then not be taxed later at distribution.

In the bill, trusts would be subject to a surcharge (tax) of 5% for income over $200,000 and an additional 3% tax for income over $500,000. This applies to undistributed trust income. "When a trust sells an asset, generally, capitals gains is reported as trust income," Mauszycki explained. "The surtax could greatly increase the tax liability of the trust. To avoid this, be sure to add a provision that allows the trustee to distribute capital gains income out to the beneficiaries."

Mauszycki added that most form documents for trusts do not include this provision, and it could be quite costly for trusts without it because the income thresholds that trigger tax in trusts are so low.

The threshold for this "Surcharge on Adjusted Gross Income" for individuals, on the other hand, is much higher than for trusts. For individuals, the 5% surcharge only applies if their income is over $10 million, and the additional 3% is charged on incomes above $25 million.

However, in the Build Back Better Act, income from these pass-through entities would be subject to the 3.8% net investment income tax if the shareholder or partner had taxable income (including that from the entity) over $500,000 for married filing jointly or $400,000 for individual taxpayers, explained Mauszycki to participants of DTN's 2021 Ag Summit.

A tax topic near and dear to farmers and ranchers in high-tax states such as California, New York and Minnesota is the State And Local Tax (SALT) deduction from federal tax liability. In the 2017 Tax Cuts and Jobs Act, that deduction was capped at a meager $10,000. The House version of the Build Back Better Act increases that to $80,000. However, the Senate Finance Committee released its version of the tax provisions on Dec. 11 with no stated SALT deduction increase. So, a compromise amount remains to be reached.

For financially struggling farmers and ranchers, the bill extends the Earned Income Tax Credit through 2022. In 2021, the maximum credit was nearly tripled to $1,500-$6,728 (depending on filing status and number of children) and eligibility was expanded. Adults without children also now qualify.

While dodging the most alarming tax changes for now, tax advisers are still concerned how close Congress was to eliminating or severely reducing the step-up in tax basis at death and charging a capital gains tax on assets transferred after death (the "wealth transfer tax").

Another provision that was eventually removed from the bill was eliminating the valuation adjustment for limited partnership interests that lack marketability and control. Farmers and ranchers use this when they value their shares to gift to their children or in valuing their estate.

"We have to do a better job of educating our members of Congress on the consequences to family farms on these important succession planning issues," concluded Mauszycki. As Congress continues to look for other funding sources, these provisions will likely be proposed again, he noted. 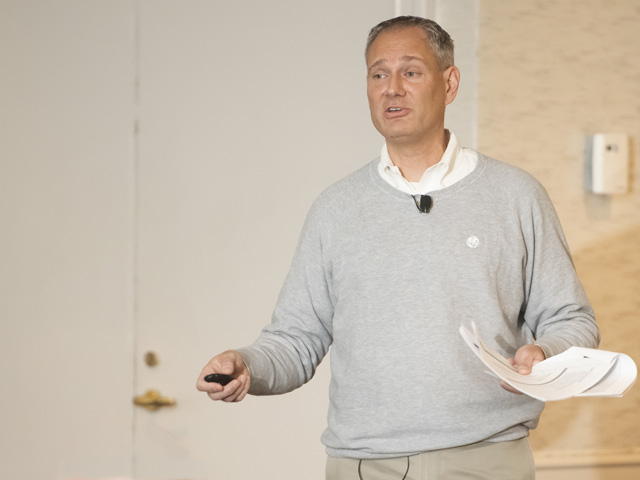