The markets and society have a lot in common, given that both are driven by people and their behaviors. In our news-hungry world, we seem eager to react irrationally before we even have time to truly comprehend and digest any of the information we consume. Which is exactly what I want to caution cattlemen against doing when they read or hear about Friday's Cattle on Feed Report.

Yes, Friday's Cattle on Feed report showed feed numbers slightly higher than a year ago, up 1% at 11.2 million head, and marketing at 1.83 million head, down 4% from July 2021. But the real kicker was the placement data. As we suspected, some outside analysts were way off in their assumptions about placements and sorely underestimated the number of cattle placed in the month of July.

With drought-related stressors still heavily influencing cattlemen on how and when they should market their cattle, the market saw more cattle placed in July 2022 than in July 2021. But it's important to note that these placements weren't evenly seen in every weight division. Cattle weighing less than 700 pounds saw the biggest increase, with the vast majority of placements weighing less than 600 pounds.

While it's important to note that in the months ahead these cattle will appear on showlists, ready to be marketed as fat cattle, this should come as no burden to the market today. Instead of gasping and reacting to the findings cattlemen already knew about, they would be better off to focus on the hard data of today, which continues to prop up and propel the market higher.

One of the incredible mechanics of the cattle market this year has been throughput. It's incredible that processing speeds have continued to run as fast as they have as phenomenal domestic and international demand keep packers procuring cattle even if that means paying higher cash prices. Last week's slaughter was estimated at 661,000 head -- which pushes 2022's estimated year-to-date slaughter total to 21,428,000 head of cattle, which is 1.1% greater than the market had processed at this point a year ago.

Another bullish factor to note is current carcass data. Thursday's actual slaughter data, for the week ended Aug. 8, 2022, showed steers averaged 892 pounds, which was down a pound from the previous week, but is 4 pounds lighter than a year ago. For the same week, heifers averaged 814 pounds, a pound lighter than the previous week but 3 pounds lighter than a year ago. Lighter carcass weights indicate front-end supplies are greener and packers will need to process more cattle to obtain the tonnage they need for shipments and deliveries.

The last bullish factor I'd like to highlight is one that may be the most exciting for the time being. During the past three weeks, the cash cattle market has rallied as packers have shown they're short bought and need cattle. This past week's most recent cash cattle data shared that last week's negotiated cash cattle trade totaled 101,555 head -- making it the third consecutive week in a row where more than 100,000 head of cash cattle have traded. And, of the 101,555 head that were bought, 69% (70,495 head) were committed to the nearby delivery and while the remaining 31% (31,060 head) were committed for the deferred delivery. This indicates packers still need cattle as they're buying the lion's share of the cash market's purchase for the nearby delivery.

In conclusion, I hope everyone, from traders to cow-calf producers, understands there's more to looking at the market than just through the lens of the Cattle on Feed Report. If you rely on one thing too greatly, you'll miss out on other factors that can affect the market just as much, or even more so. 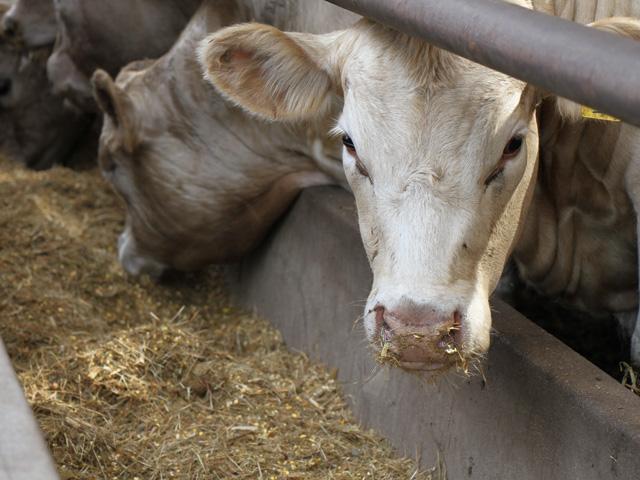