Though end-users are welcoming some of the lowest feed values in years along with sharply reduced levels of price volatility, such sentiments are not being shared by many of the world's largest grain companies such as ADM, Bunge and Cargill as in an era of large if not burdensome world grain and oilseed stocks, trading opportunities have been fleeting.

The accompanying graphic shows the monthly price ranges for October going back to 1977 for December corn and November soybean futures in $/bushel and that range as a percent of the month's settlement price.

As for soybeans, last month's trading range for November futures of 50 cents is the lowest since a 46-cent range was seen also in 2005.

Regardless, the narrow trading ranges and those ranges as a percent of the October settlement price are far different vs. the extreme price volatility seen during the 2007-2013 period. 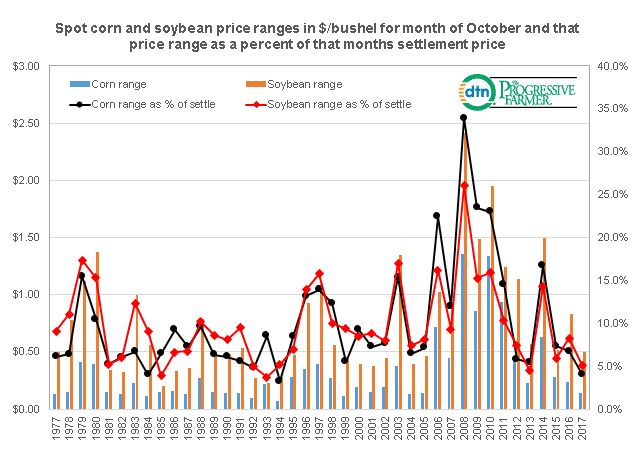