Similar to what we did with corn, this piece looks at the actual 2016 soybean yields in bushels per acre (bpa) for the top 18 producing states and the U.S., the 2016 yield as a percent of trend and as a percent of the 2015 yield and the projected 2017 trend yield where the range from the trend yield calculations are 25 years.

The highest yield actually came from Nebraska at 61.0 bpa as opposed to the more normal IA or IL though these were respectively number two and three this past season.

With the USDA projecting another new national yield record of 52.1 bpa, the third in a row one would expect that many of the states would also have all-time yields.

This was the case as 13 of the top 18 producing states had record yield with only the Delta and Southeast states not achieving this milestone. 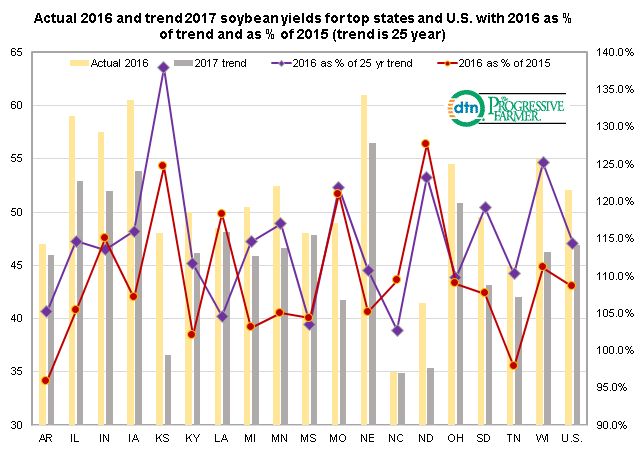