Sens. Chuck Grassley and Joni Ernst, both Republicans, wrote Tai that any disruption to corn exports to Mexico "will severely affect our farmers and the state's economy, and have dire economic consequences for the entire Corn Belt."

Tai spoke with Mexico's Security of Economy on Nov. 3 and brought up "the importance of avoiding a disruption in U.S. corn exports and returning to a science- and risk-based regulatory approval process for all agricultural biotechnology products in Mexico," according to the brief news release from USTR.

It's a major conundrum given that 90% of U.S. corn production has biotech traits.

The senators called for Tai to formally request dispute settlement consultations with Mexico under Article 31.4 of the U.S. Mexico Canada Agreement.

Over the past marketing year, Mexico bought 16.8 mmt of corn, keeping it as the top market, with sales valued at just over $5 billion, according to the U.S. Grains Council.

Reuters reported that Mexican President Andres Manuel Lopez Obrador reiterated Nov. 9 in a press conference that his government does not want biotech corn. Mexico, as of now, plans to ban genetically modified corn from entering the country in 2024.

"There is a market for it, but the government cannot make a purchase because we do not want GM," Reuters quoted Lopez Obrador saying. "We are a free and sovereign country."

Grassley and Ernst said in their letter that Lopez Obrador's decree "is not only a non-starter for America's farmers, but also impossible to implement."

Corn sales to Mexico are down so far this marketing year, but so are corn exports to nearly every other major market. As of now, Mexico has received 1.9 million metric tons (about 1 million fewer than a year ago), and has 4.2 mmt in outstanding sales, down nearly 1.8 mmt from the same time a year ago, according to USDA sales data.

A year ago, Mexican Ag Minister Victor Villalobos, visiting Iowa with Ag Secretary Tom Vilsack, told reporters that Mexico would ban GM corn for food, but would not limit the imports of GM corn for livestock feed. 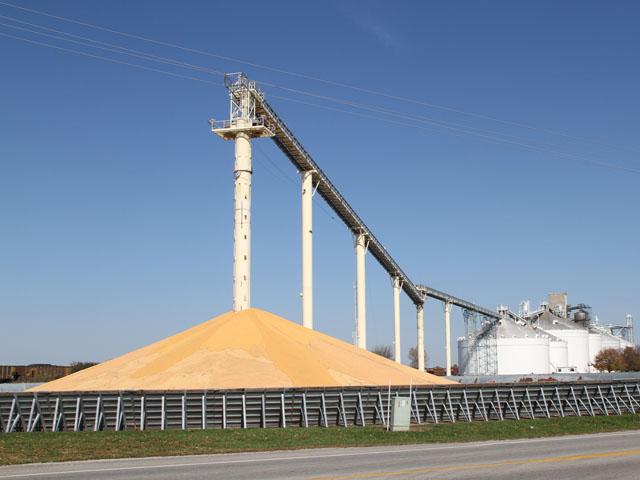