U.S. Sens. Joni Ernst, R-Iowa, and Chris Coons, D-Del., are pitching a resolution to temporarily waive the requirement that 50% of U.S. food-aid exports must be shipped on U.S. flagged ships.

Ernst, in a news release, described it as "pushing an effort to reduce bureaucratic red tape, lower costs, and expedite food aid to Ukraine and other countries affected by Putin's unjust invasion."

Under a provision that the U.S. maritime industry often protects, at least half of Title II food aid shipments (by tonnage) must be carried on U.S. flagged vessels, staffed by crews in which at least 75% of the sailors are U.S. citizens. It typically leads to significantly higher shipping costs as a result.

According to a report from the American Enterprise Institute (AEI), this law increased shipping costs by an average of $52.6 million per fiscal year between 2013 and 2018 (on average). The United States Agency for International Development (USAID) in a fact sheet titled "Food Aid Reform: Behind the Numbers" stated that eliminating the mandatory cargo preference reimbursements will reduce the deficit by an estimated $50 million per year. Just last week, U.S. Secretary of Agriculture Tom Vilsack said that the cost of shipping the food commodities overseas is often higher than the actual costs for the grain and other products themselves right now, according to Ernst's news release.

Under current law, the President of the United States, Secretary of Defense, or Congress can waive the 50% requirement temporarily. The Ernst-Coons measure would declare a state of emergency and waive the cargo preference requirements on food aid exports to Ukraine and other countries directly impacted by the war until February 2025.

"Ukraine is the breadbasket of Europe, and Putin's unjust, unprovoked invasion is causing a humanitarian crisis and threatening global food security. We need to take immediate action to expedite delivery of food aid to our friends and partners around the world and this temporary, narrowly-crafted measure will allow the United States to flow aid faster, and save taxpayer dollars and countless lives around the world," Ernst said.

"In what was once considered the breadbasket of Europe, Ukrainian farmers can't plant or harvest their crops without risking death at the hands of Russian shelling. The consequences of Russia's brutal invasion on food supplies are being felt across the world today, and when tens of millions of lives depend right now on the swift, effective delivery of American food aid, we can't allow our emergency response to be held up by red tape that forces us to spend more money on shipping our food aid than on the food itself," Coons said.

The markup will be livestreamed on the committee website. 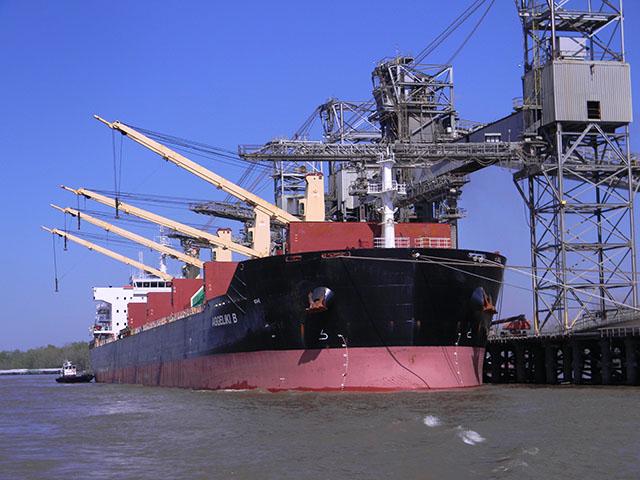