For the first time since 2014, the Biden administration on Wednesday announced that USDA and the U.S. Agency for International Development (USAID) are drawing down the full balance of the Bill Emerson Humanitarian Trust (BEHT) as part of an effort to provide $670 million in food assistance to countries in need as a result of Russia's invasion of Ukraine.

"The world is suffering from historic levels of global food insecurity, which is being exacerbated by the impact Russia's war on Ukraine is having on global food supplies. Available estimates suggest an additional 40 million people could be pushed into poverty and food security as a result of Russia's aggression," the two agencies said in a joint news release.

"Russia's unprovoked war on Ukraine, a fellow major agricultural export country, is driving food and energy costs higher for people around the world," said Agriculture Secretary Tom Vilsack. "America's farmers, ranchers and producers are uniquely positioned through their productivity, and through the Bill Emerson Humanitarian Trust, to help directly feed those around the world impacted by these challenges."

"In Ukraine, which provides 10% of the world's wheat, farmers are struggling to plant and harvest their crops for fear of shelling and Russian landmines, and their path to exporting these vital commodities is severely restricted by Russia's invasion, which caused the closure of Ukraine's ports," said USAID Administrator Samantha Power. "Putin's decision to wage a senseless and brutal war against a peaceful neighbor is leading to a staggering global food crisis."

The drawdown of the Bill Emerson Humanitarian Trust will help the U.S. respond to the unprecedented needs in countries around the world that are facing historic food insecurity, Power said.

The BEHT is a special authority that was renamed for Rep. Bill Emerson, R-Mo., in 1998 and reauthorized in the 2018 farm bill that enables USAID's Bureau for Humanitarian Assistance to respond to unanticipated food crises abroad when other resources are not available.

The Agriculture secretary has the authority to authorize the release of funds from the BEHT to provide emergency food assistance if the USAID administrator determines that funds available for emergency needs under title II of the Food for Peace Act for a fiscal year are insufficient to meet emergency needs during the fiscal year.

Chuck Conner, president and CEO of the National Council of Farmer Cooperatives and a former Agriculture deputy secretary and acting secretary, said in a news release, "On behalf of America's farmer co-ops and their member-owners, I applaud the announcement today by Secretary of Agriculture Tom Vilsack releasing funds from the Bill Emerson Humanitarian Trust. Russia's invasion of Ukraine has created unprecedented turmoil in agricultural commodity markets that has combined with underlying inflation to accelerate a food security crisis in many developing countries. Today's action is a critical part of the U.S. effort to help feed those in need overseas. We urge the Biden administration and Congress to continue America's historical commitment to humanitarian food assistance as this country continues to respond to the direct and indirect impacts of Russia's military aggression."

"It is so sad to think of more people being pushed into food insecurity around the world, but that is happening," said Mike Schulte, executive director of the Oklahoma Wheat Commission and chair of the USW and NAWG Food Aid Working Group. "Wheat has long been the most often donated commodity for food aid programs and wheat growers are ready again in this crisis to help ease the hunger."

Thirty-six Members of the House, including Scott and Thompson, had previously sent a letter to USDA and USAID requesting that resources available in the BEHT be used to help address ongoing humanitarian food crises.

"Given the unprecedented scale of global hunger made worse by Russia's war against Ukraine, it is critical that USDA and USAID use all of the tools and resources they have to respond to this crisis," Stabenow said. "While there is much more to be done, this is an important step forward to feeding those most in need."

DTN also highlighted the World Bank's forecast for higher commodity prices that could remain high moving through 2024. "If the war is prolonged, the prices could go even higher or become more volatile," DTN noted from the World Bank report. 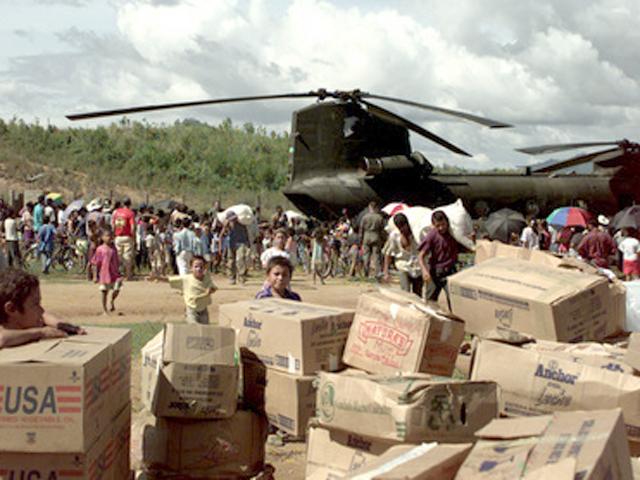