SAO PAULO, Brazil (DTN) -- Green, red and yellow farm machinery is running up and down the fields in Mato Grosso, Brazil, during the last several days as farmers play catch-up with planting. They are wrapping up soybean planting as progress is nearing 90% of expected total acreage.

The good amount of rains seen the last couple of weeks were a blessing for the Brazilian summer crop. "We are watching an uneven rain season in MT (Mato Grosso) during this 2017-18 season kick off, some spots in the state got some late start and others risked to plant over the hot sand, but time has shown that the producers were on the right side of the table again," said Marcio Giroletti, "After a remarkable 2016/17 crop season, it seems that we are heading for another good year." Giroletti farms 2,300 hectares of soybean (5,683 acres) in Sorriso, Mato Grosso.

Information from Mato Grosso said soybean planting progress is about 87%, a little behind last year's 90%, but better than the five-year average of 83%. There will be good chances of a full catch-up next week as more rains are expected this week.

"There are two states that you may want to keep an eye on," said Thiago Piccinin, president of the trading company Lotus Grain and Oil in Sao Paulo. He's keeping a close watch on farmers in states east of Mato Grosso -- Goias and Minas Gerais. Farmers in Goias are just 40% finished with planting, compared to 90% a year ago. In Minas Gerais, farmers have only planted 30% of the crop, compared to 55% at this time last year.

"Important to state that both those states combined are responsible for only a third of the total Mato Grosso bean production, so just give the right weight to that piece of information," Piccinin said.

"The rest of the country are all in the comfortable zone," he added. "Parana state keeps the pace up with 87% compared to 82% last year, nothing unusual to declare; Rio Grande do Sul is 30%, same as last year; Mato Grosso do Sul state is 94% compared to 81% last year; and Bahia is 17% compared to 25% last year."

Brazil's overall planting progress is 56%, about 9% behind a year ago. "But, I would even go a bit further and state that the improvement of the weather conditions in Brazil is offering some good resistance to the board of CBOT lately," said Piccinin.

Some corrections coming from the local consultancy companies, like MB Agro for example, have Brazil closer to the magic number of 110 million tons for the 2017-18 crop forecast (4 billion bushels), based on the planting progress and weather conditions.

For comparison, U.S. production for the 2017-18 crop is pegged at 4.4 billion bushels, according to the November USDA World Agricultural Supply and Demand Estimates.

Beyond planting progress, Brazil appears set to become a country that could export soybeans the whole year round and this will become a new trend.

Large soybean production and improvement of logistics in Brazil are gradually changing the country's soybean export pattern. "When the country produced about 80 million tons of soybean four years ago (2.9 billion bushels), most of the beans were exported before September, then, the domestic crushing margin is getting better and most of the remaining beans will be used locally," said Piccinin. "Now, with a production of 113 million tons (4.1 billion bushels) last season and another production of more than 110 million tons in the new season, Brazil farmers need to export much more than before."

Improvements in logistics have made it possible to export soybeans after September. Inland freight and port facilities are limited from soybean exports after September because the country needs to export corn and other products after that time. Four years ago, Brazil could not export corn and beans at the same time. Now, the logistic can support the export of two crops in the same time, added Piccinin.

"This will become a new trend," he said.

Questions for Lin Tan may be sent Talk@dtn.com 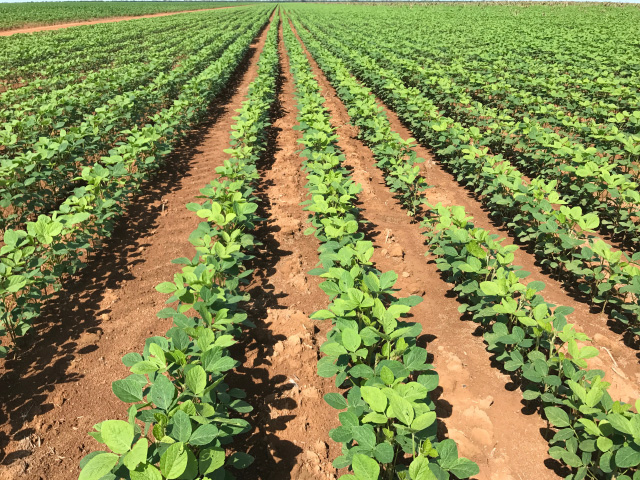