CAMPO NOVO, Brazil (DTN) -- Many Brazilian famers have been waiting for rain since mid-September. Most of central Brazil's soybean production areas are receiving some rain in early November and this will help farmers speed up their soybean planting progress.

Up to 5.9 inches of rain are forecast during the next seven days in many areas of Mato Grosso and Goias, as well as other soybean production regions. Some of those areas were in urgent need of more soil moisture.

"It is raining now in my place, and finally also raining in east of Mato Grosso," said Ricardo Arioli Silva. Silva farms with his brother in Campo Novo, in the middle of Mato Grosso. "Looks like the rain has a very good coverage in many other states." He added that he was watching on TV a football game played in Goias state and it was raining there on the football field.

USDA's most recent weekly weather and crop bulletin reported that Mato Grosso's soybean planting was just 44% in the ground, as of Oct. 27, lagging last year's pace by approximately 24 points.

Nationally, Dow Jones reported Oct. 27 that all of Brazil was just 20% planted for the 2017-18 crop, according to the consulting group AgRural. That actually falls in line with the five-year average of 31%, though still behind last year's early pace.

The later planting than last year is already causing some analysts to dial back Brazil's expected soybean production, which USDA has tentatively pegged at 107 million metric tons, (3.9 billion bushels), down from 114.1 mmt (4.2 bb) for Brazil's 2016-17 crop.

"I would add that if the rains keep the pace of the last days, we might even see a good catch-up on this number, considering the machinery power (that) producers in Mato Gross (have) today in their farms," said Thiago Piccinin, president of Lotus Grain and Oil in Sao Paulo, Brazil.

Piccinin said the question is how much the Safrinha corn crop can be harmed. Talking to some local producers, he said there will be some reduction in the corn area. "How much that number is going to be? Million dollar question and too early to build any position over that, in my humble opinion," he said.

Silva is happy he finished planting soybeans last week. "Many farmers are doing good in my area. With this rain now, farmers in my area will all be finishing planting next week, he said.

However, Silva mentioned, one of his neighbors will need to replant because he risked planting his crop under drought conditions -- he hoped for rainfall last month that did not happen.

"Sometimes you have to be lucky," Silva said.

Farmers in Sorriso, in central Mato Grosso, have planted 88% of their soybeans. They'll be able to finish planting next week also, thanks to the good rainfall this week.

"Planting in my area stopped, because we have 18 days without rain," said Clayton Tessaro, who farms in Sorriso, north of Mato Grosso.

"We had some rain last Sunday night and planting resumed after that," he said. The east side of the state, such as Primavera de Leste, was very dry and farmers were not able to start planting yet, said Tessaro, adding that now they will be able to catch up.

Most of the early planted soybean emerged well. "It is too early to talk about yield, as we are in the early stage," said Silva. "What I can say is, so far so good!"

Silva told DTN that they do have some problems, such as caterpillars and weeds. He said they are spraying pesticides and herbicides to control the problems.

Lin Tan can be reached at talk@dtn.com 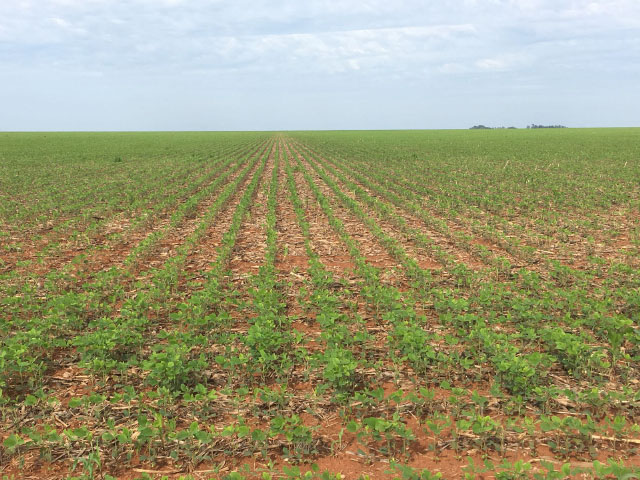 Jliam715776143
5/25/2018 | 12:53 AM CDT
If you are searching Assignment help.Our experts write high quality assignment.Our professionals have been working on Networking assignments, IT plans, Enterprise software presentations and much more. https://www.allassignmenthelp.com/