It's not often that traders look at the live cattle market and decide they want to saddle up with a long position, but with the market's bullish fundamentals stacking up, cattlemen and traders are looking to jump into the market for the long haul.

Last week, the live cattle market traded higher four out of the five trading days and pushed the April contract to nearly $147. With supplies of market-ready cattle becoming more difficult to come by, and beef demand still exceptionally strong, feedlots are ready to see the pendulum swing in their favor.

The latest Cattle Inventory report helped grow excitement in the market: The report showed a decrease in total numbers and a staggering decline in beef cow numbers as the United States now possesses the fewest beef cows it's had in the last seven years.

For the live cattle contracts to continue their upward surge, they're going to need follow-through support from the market's fundamentals. First, the market would like to see stronger cash cattle trade in the weeks ahead. A week of steady trade here or there is fine, but if traders are going to continue to push the complex higher, they need to see aggression from packers as, technically, the charts are at their limit and need continued support.

It was positive to see that last week's negotiated cash cattle trade totaled 98,188 head. Of that, 76% (75,030 head) were committed for nearby delivery, while the remaining 24% ($23,158 head) were committed for deferred delivery. Last week's volume of 98,188 head is 18,432 head more than a week ago, but still 4,320 head fewer than a year ago. Packers obviously don't want to see the cash cattle market gain any steam, since that would mean they have to pay more for cash cattle, but it also affects their grid/formula deals as they are commonly based off the cash market.

When monitoring the market's ability to rally in the weeks ahead, it will be incredibly insightful to watch how packers buy cattle. It's likely that packers are going to try to buy a large number of cattle and commit them for the deferred delivery so that it slows the cash cattle market's rally. The market stands a stronger chance of rallying if feedlots can resist from selling cattle with time.

Second, the market needs to continue strong processing speeds. January was a hurdle for the cattle market as the COVID-19 omicron variant led to worker absenteeism in plants, but now production is back to normal levels. Last week's slaughter was disappointing at 639,000 head (4,000 head fewer than the previous week and 13,000 head fewer than a year ago), but weather difficulties caused its production lag.

As the market charges into February, the bulls are alive and well, but the cash cattle market is going to need to perform to keep the bullish morale alive and well. The market has yet to see any interest in this week's cash cattle market, and it's likely that trade doesn't develop until Wednesday or later. New showlists appear to be mixed; higher in Texas, but lower in Kansas and Nebraska/Colorado. 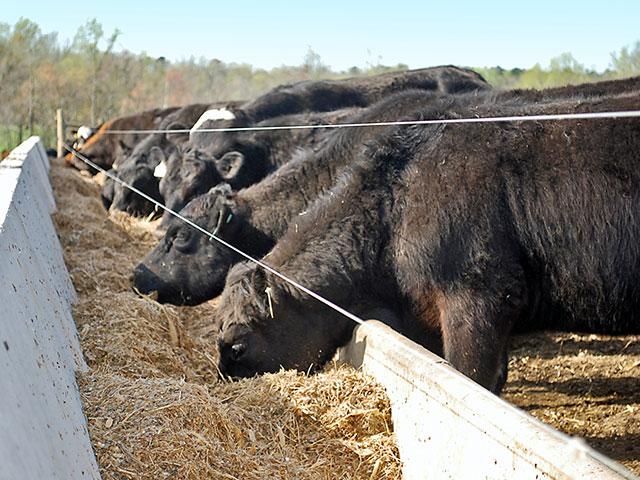