Supporters of a bill passed by Congress last week that reauthorizes the Surface Transportation Board -- the federal regulatory body responsible for economic oversight of the nation's freight rail system -- say the legislation will make the STB more accountable and effective in addressing rail service issues.

The Surface Transportation Board (STB) Reauthorization Act of 2015 establishes the STB as "an independent establishment, and for other purposes." The bill was passed by the U.S. Senate on June 18, 2015, and then by the U.S. House of Representatives on Dec. 10, 2015. The bill will reauthorize the STB for the first time since it was created in the ICC Termination Act of 1995 and became the successor agency to the Interstate Commerce Commission. This new regulation will make the board more effective for handling freight rail issues.

Sen. John Thune, R-S.D., chairman of the Senate Commerce, Science and Transportation Committee, spearheaded the rail bill with support from committee ranking member Sen. Bill Nelson, D-Fla., and House Transportation and Infrastructure Committee Chairman Bill Shuster, R-Pa., and ranking member Peter DeFazio, D-Ore. The Senate Commerce Committee, of which Thune serves as chair, has jurisdiction over the nation's freight and passenger railroads, and is a member of the Senate Agriculture Committee.

At Thune's request, USDA issued a report earlier this year concluding that the rail backlog in 2013 and 2014 lowered corn, wheat, and soybean prices in the Upper Midwest and caused shippers to pay record-high railcar premiums, 28% to 150% above the average previous levels for roughly 65 consecutive weeks."

Some of the key points of this bill listed by the Library of Congress are as follows:

-- Increases board membership from three to five members, and with proper disclosure, allows board members to talk with one another.

-- Requires the board to establish a voluntary binding arbitration process to resolve rail rate and practice disputes.

-- Requires board standards and procedures for establishing revenue levels for rail carriers to be adequate for the infrastructure and investment needed to meet the present and future demand for rail services.

Here is a complete list of the bill's contents: https://goo.gl/…

In a press release, NGFA President Randy Gordon commended Chairman Thune "for his leadership and persistence in directing with Chairman Shuster final passage of the legislation, which provides essential reforms that will improve the STB's ability to operate and oversee the nation's freight rail system."

"Shippers and receivers of agricultural products rely heavily on rail transportation and partner with the nation's rail carriers to get commodities to market," Gordon said. "However, the STB needs to have the right tools to provide the necessary oversight of freight railroads. This legislation goes a long way in improving and strengthening the STB so it can carry out its statutory responsibilities and provide the meaningful safeguards intended under existing law."

The Association of American Railroads (AAR) said on its website that it welcomed the passage of the Surface Transportation Board Reauthorization Act of 2015 (S. 808) by the U.S. House of Representatives. "In reauthorizing the Surface Transportation Board for the first time since the agency was created, Congress has clearly stated the critical need for railroads to be able to earn the revenues to build, maintain, and further modernize the nation's 140,000-mile privately owned rail network. These investments are needed to meet current and future freight transportation demands," said Edward R. Hamberger, AAR president and CEO. "This legislation strikes the right balance of preserving a market-based structure for shippers and railroads, while also providing commonsense process improvements that will allow the STB to work more efficiently."

Thune issued the following statement after the U.S. House of Representatives approved the bill by voice vote: "When the ability to transport products to and from South Dakota is jeopardized, it's the farmers, ranchers, businesses, and ultimately the consumers who pay the price. This bill, which I hope is signed into law without delay, will help address the uncertainty encountered by businesses and agriculture producers who are forced to deal with the STB, and it will increase the board's accountability. By finding common ground among many different rail customers, shippers, and railroads themselves, we are reforming the STB for the first time since the board's establishment in 1996. This is good news for states like South Dakota that depend on freight rail as a critical tool for shipments -- coming or going." 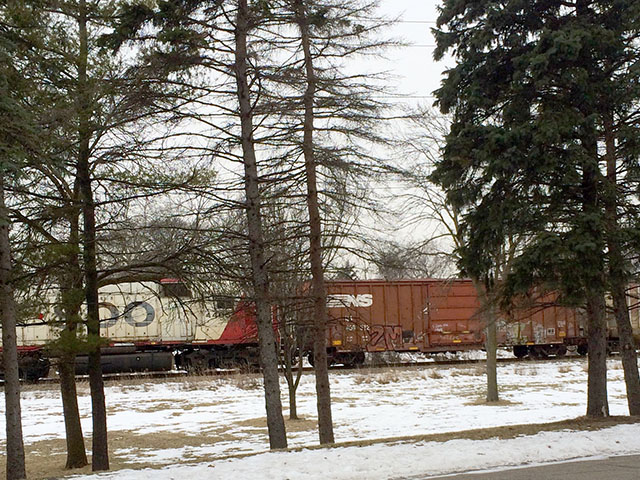