Maybe you saw my colleague Russ Quinn's article last week about the great divide between rural and urban internet access. Bottom line is that many farmers are handicapped by slow or non-existent connections to the world's information highway. Besides making it harder for them to do business, a lack of high-speed internet access also prevents them from using some useful technologies that some of their farming competitors have adopted. Telematics is a prime example. If you don't have high-speed access to the internet, you can't wirelessly transfer data from the field to the office and vice versa.

By coincidence, I recently ran into an Indiana farmer/entrepreneur who is working on ways to cross to the internet divide. Steve Gerrish calls his company airBridge, and its business model is to help farmers establish robust local high-speed internet networks. The idea isn't new; farmers for years have used systems to extend their WiFi systems beyond the office and onto the farm. But Gerrish brings an enthusiasm and a vision to the issue that is kind of inspiring.

"I would challenge farmers to step up and find their own solutions to their Internet problems instead of waiting for someone else to do it for them. They do it in a lot of other areas. Why not this one?" he asked me.

His three-year-old company is partnering with a well-established company named BATS, which offers internet hardware solutions to clients like the military, governments, the maritime industry and oil and gas outfits. In a nutshell, BATS uses sophisticated antennae to capture a high-speed internet signal and beam it to users in the field using microwave antennae. For instance, an emergency response team might establish a mobile BATS network so individual units can keep in contact with each other and also can access information on the internet.

Gerrish has done a version of that on his own farm in west-central Indiana. First, he brought a fiber optic line to the farm to gain internet speeds of up to 1 gigabyte. He then placed an omni-directional antenna on a 45-foot pole. He will place BATS units on farm vehicles so they can capture signals from the antenna and establish a network among themselves, the office and other vehicles. The system is line-of-sight, so signals are lost over the horizon or behind obstructions. But with an eventual 200-foot-tall tower, Gerrish said, it will work within an 18-mile radius.

To demonstrate the value of an on-farm network, Gerrish created the AgBOT Challenge, an event to take place on his farm May 6 and 7. http://www.agbot.ag

Teams of contestants from universities and private industry will compete using autonomous vehicles to plant and fertilize half-mile long test strips. Each vehicle will rely on a BATS mobile tracking antenna to provide internet access for real time video and data transfer.

Gerrish created the AgBOT Challenge in part because he is convinced that autonomous farm equipment is just around the corner; but it won't work without high-speed internet access. For farmers who don't want to be left behind in technology, airBridge or something like it might be a way to stay in the game, Gerrish said.

Even if you don't have robotic ambitions, high-speed internet access would be vital to farming in the future, Gerrish said. He likened it to the spread of electricity through rural areas a few generations ago. At that time, farmers helped establish cooperatives (which are still a strong force in rural America) to get electricity from power plants to their homes. It wasn't economical for private electric companies to run lines down innumerable gravel roads. Farmers and co-ops had to become the "last mile solutions," Gerrish said.

The same is true with high-speed internet. Telecommunications companies are reluctant to invest in infrastructure to serve a few customers. So it is up to rural residents including farmers to take the initiative. "Farmers are going to have to take some ownership" of the issue, Gerrish said.

Profit might be a motivation to act. A farmer or group of investors could establish a high-speed internet system and sell access to customers within its coverage area, Gerrish said.

His company (airBridge) offers services to help farmers design local networks systems. It also will sell and install hardware for a separate fee. Those fees vary with each client. To put costs into perspective, Gerrish said, "If you are spending $100,000 to buy 10 acres of land and can put together an internet system for $50,000, which is the better use of your capital?"

Patience might not be the best option. "If you are waiting for someone else to do it, you might be waiting a while," Gerrish said. 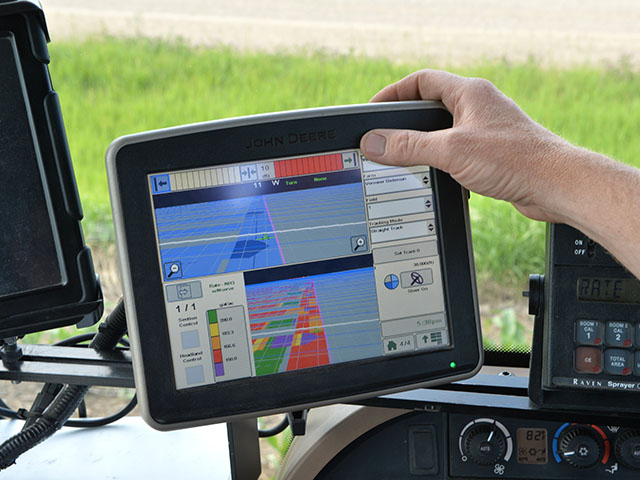