Farmers recently got a sweet pre-Christmas gift from Washington. Congress renewed and made "permanent" Section 179 of the IRS code's $500,000 deduction on equipment purchases. That could be huge for both farmers and the farm equipment industry.

Section 179 is a deduction available to purchasers of new and used business equipment including farm machinery. Here is how the website "Section 179.org" describes the provision:

"Essentially, Section 179 of the IRS tax code allows businesses to deduct the full purchase price of qualifying equipment and/or software purchased or financed during the tax year. That means that if you buy (or lease) a piece of qualifying equipment, you can deduct the FULL PURCHASE PRICE from your gross income. It's an incentive created by the U.S. government to encourage businesses to buy equipment and invest in themselves."

The provision -- enacted in 2007 -- was originally nicknamed the "SUV Tax Loophole" because businesses used it to reduce the post-tax cost of purchasing certain large vehicles. Section 179 soon became useful for business purchases of all kinds of equipment, including tractors, combines and sprayers.

The Stimulus Act of 2008 from Congress and the Bush Administration raised the previous $125,000 deduction limit to $250,000 with a $500,000 phase-out limit on the total amount of equipment purchased. It also added a first-year 50% bonus depreciation after $2 million in purchases.

Along with the surging commodity prices, Section 179 helped push purchases of farm equipment to record highs for a few years. Farmers and manufacturers were in Fat City and tractor dealers were in heaven.

As the general economy improved, Section 179 became a target for cuts. Off and on again for several years, the deduction limits fluctuated as politicians have sought to look either frugal or generous to their constituents and ideological bases. But around Christmastime each year, Congress has always restored the $500,000 limit. This year was no exception. Going into December, the Section 179 deduction was a mere $25,000. Now it is back to the $500,000 deduction with a $2 million spending cap before deductions begin to phase out.

While Section 179 alone won't restore the wounded farm equipment business to the robust health it recently enjoyed, a generous tax break could slow the bleeding.

Of course, for business tax breaks to be effective, businesses must show profits. Without those, there is no tax burden to relieve, and Section 179 is not useful. 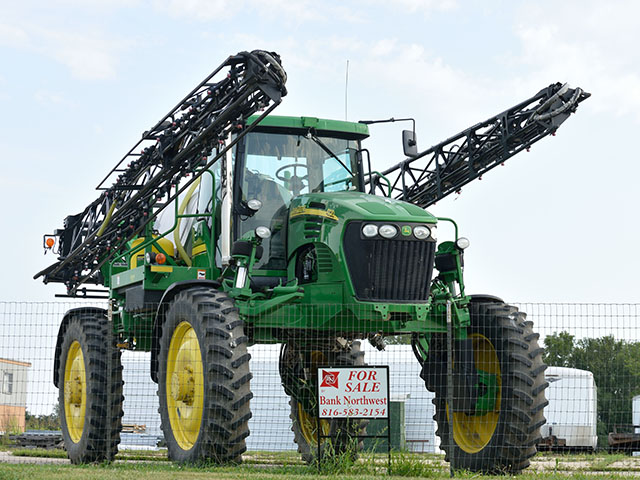