Statistics Canada commentary points to favorable exports from the agriculture sector in May contributing to the recovery. Exports of meat increased as packing plants slowly recovered from shutdowns and exports to the United States increased. Exports from the farm, fishing and intermediate food products group climbed 9.1% month-over-month to a record $3.9 billion, with exports of wheat and pulse crops receiving recognition.

The following is a summary of data from this report, with a focus on select crops where a combination of licensed and unlicensed shipments for a more complete picture of total movement.

Lentil exports were reported at 326,494 metric tons in May, with the largest volume shipped to India at 92,121 mt and Bangladesh second at 56,610 mt. This is the largest monthly volume shipped since November 2016. Crop year-to-date exports total 2.095 million metric tons, 27.3% higher than the same period in 2018-19 and 14.5% higher than the five-year average. Total exports have reached 95.2% of the 2.2-mmt AAFC export forecast, well-ahead of the pace needed to reach this forecast, while assuring that ending stocks for the crop year will be tight.

Dry pea exports are reported at 401,320 mt, the highest volume shipped in eight months. Of this volume, 59.6% was shipped to China and 30.9% was shipped to Bangladesh, also a large lentil buyer in May. Crop year exports of peas are 22% higher than the same 10-month period in 2018-19 and 15.4% higher than the five-year average. To-date, exports have reached 89% of the 3.650-mmt AAFC export forecast for 2019-20; this period covers the first 83.3% of the crop year and is ahead of the pace needed to reach the crop-year forecast. As with lentils, crop year stocks are guaranteed to be tight, while upward revisions in stocks may be required.

Canada's soybean exports totaled 201,251 mt in May, the largest volume shipped in four months. Exports took place to a wide variety of nations, with Statistics Canada reporting shipments to 29 countries. The largest volume was shown to China at 47,106 mt, the largest volume shipped to China since Dec. 2018 when shipments totaled 718,115 mt. Cumulative exports at 2.938 mmt are 69% of the same period last crop year and 75% of the five-year average, while are behind the steady pace needed to reach the current 4.3 mmt export forecast released by AAFC.

Flax exports are reported at 58,808 mt, more than double the previous month and the highest volume shipped in five months. China was the largest buyer, taking 56% of this volume and the largest volume shipped to this destination in 11 months, signaling tightening supplies from alternate sources. Cumulative exports total 257,282 mt, 70.2% of the same period last crop year and 53.8% of the five-year average. Cumulative exports have reached 73.5% of the current 350,000 mt AAFC forecast, with exports running behind the pace needed to reach this forecast.

Corn exports totaled 172,603 mt in May, by far the largest monthly volume shipped this crop year with the return of movement to Europe, with 64% of this volume shipped to Ireland and Spain and a further 18% shipped to the U.S. Cumulative exports total 368,329 mt, only 27.4% of the same period last crop year and 40% of the five-year average, while curiously already higher than the AAFC's recent forecast of 350,000 mt for 2019-20.

AAFC has been revising higher its forecast for imports for the crop year, with 283,892 mt of corn imported in the month of May, almost all coming from the U.S. This is an exceptionally large monthly volume when compared to past years, with the largest volume or 57% of the total moving into Manitoba. To-date, 1.35 mmt has been imported for the 2019-20 crop year, while set to exceed the current 1.5 mmt forecast released by AAFC.

Statistics Canada reported 337,452 mt of canola oil exported in May, the highest monthly volume moved this crop year. Cumulative exports total 2.863 mmt, 8.8% above last year and 10.1% above the three-year average.

Exports of canola meal totaled 424,319 mt, down from the previous month. A total of 4.1 mmt of exports have been reported, 7% higher than last year and 6.5% higher than the five-year average.

Imports of ethanol are reported at 62 million liters in May, up 29% from the previous month. During the first five months of the calendar year, 413 million liters has been imported, down 4% from last year and 8.7% below the five-year average. Imports of ethanol in April were down 60% from one year ago, while May imports were down 25.3% as the economy slowly recovers.

The latest poll asks readers if they think the United States-China trade deal is important to Canadian producers. You can weigh in with your thoughts on this week's poll, found on the lower-right side of your DTN Home Page. 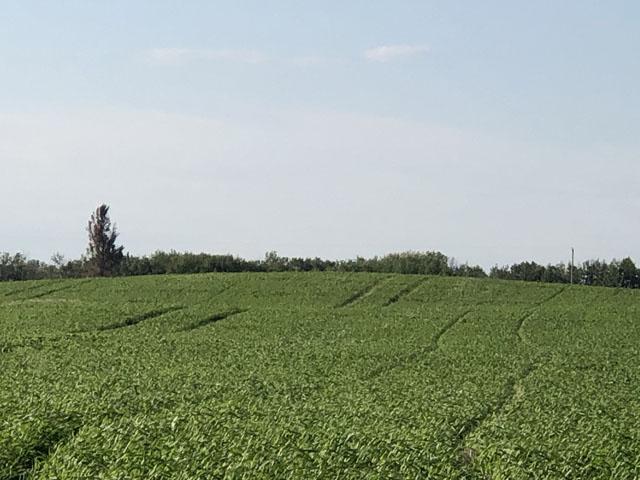