In the spirit of learning from the past, I've been studying the catastrophic plague that devastated Europe in the middle of the 14th century. One of my main sources has been a 24-lecture Great Courses course titled "The Black Death: The World's Most Devastating Plague," taught by Purdue University Professor Dorsey Armstrong. (https://www.thegreatcourses.com/…)

Lesson One: As overwhelming as the coronavirus pandemic may seem, compared to what happened back then it's a lesser event.

When we talk about the death rate from COVID-19, the disease the virus causes, we mean the number of infected people who die. Reports from the front lines of the pandemic range from 1% to 10%, with the caveat that we don't really know how many have been infected.

By contrast, when we talk about the death rate from the 14th century plague, we're talking about the percentage of the entire population that died. It was a staggering figure, an estimated 50%, with death rates in some communities of 70% and higher. The percentage of infected people who perished was near 100. If you got the plague, you were almost certain to die.

Lesson Two: There are some eerie similarities between the Black Death and COVID-19. Both originated in China and spread with the help of international travel and trade. Both had devastating effects on the world economy.

In both cases, quarantine was practiced. In fact, the word quarantine comes from the Italian word quaranta, meaning 40. That's because during episodes of the 14th-century plague Venetian ships were required to spend 40 days at anchor before their crews came ashore.

Doctors then and now wore masks. Medieval medicine believed "miasma" -- corrupt air -- caused plague. Plague doctors' masks had a large beak that was filled with flowers or sweet spices on the theory that breathing good air protected against bad air. These masks may in fact have offered the medics protection, though not for the reason they thought.

Ranchers may be surprised to know that cattle prices tanked back then, too. They're down today because with restaurants closed and incomes falling, people are expected to eat less beef. They fell then not only because a shrinking population needed less meat, but also because so many livestock owners and their potential heirs had died, leaving surplus animals to wander the countryside, free to be taken to market by anyone who rounded them up.

Lesson Three: The differences between the 14th century plague and our current pandemic are as noteworthy as the similarities. COVID-19 is a virus. The plague was a bacterial disease, though some scholars think there may have been one or more viral diseases accompanying it and boosting the death toll.

Convinced that God was punishing Europeans for their sins, some atoned by whipping themselves until they bled. Others went on pilgrimages to holy shrines, unintentionally spreading the disease. Still others turned to hedonism and debauchery, reasoning that if they were going to die they might as well enjoy themselves.

Medical science has come a long way since 1348. Medieval theorists agreed that miasma gave rise to plague but disagreed on what caused miasma. The medical faculty at the University of Paris thought it was astrological -- a conjunction of Mars, Saturn and Jupiter in the sign of Aquarius that had taken place in 1345. German scientists thought earthquakes released the corrupt air they believed was at the earth's core.

Then there were those who thought the plague was caused by Jews poisoning wells. Thousands of Jews were executed even though Pope Clement VI pointed out that Jews were dying in the plague at about the same rate as Christians.

While plague doctors tried to avoid the plague by smelling sweet air, there was also a theory that the best counter to miasma was to breathe a different kind of bad air. Adherents to this belief would gather around public latrines and inhale deeply.

Treatments included herbal medicines, lancing the buboes of those with the bubonic form of the plague and bloodletting, the fallback cure for everything. There's little evidence that any of these cures really worked.

It wasn't until the 19th century that the real causes of the Black Death began to be understood. The leading theory blames fleas, which carried the disease to humans when their usual hosts, black rats, succumbed to plague.

Lesson Four: It's hard to keep a virulent disease down. The first and biggest burst of plague lasted from the late 1340s until about 1353. Just as the world started thinking things were getting back to normal, another wave hit in 1360. After that there were new waves every 10 years or so. Europe's population didn't get back to pre-plague levels for a century and a half.

Until the world has a vaccine, which is likely nine months to a year away, we will likely see recurrences of COVID-19.

Lesson Five: Expect the effects of a pandemic to be far-reaching and hard to predict. The Black Death hastened the breakdown of Europe's rigid class system. With labor short, peasants who had been vassals of noblemen roamed the countryside demanding higher wages. The nobility began to welcome marriages with merchants, who had the money the nobles lacked and gained status through those marriages.

Will there be equivalent social changes in the wake of COVID-19? Stay tuned. 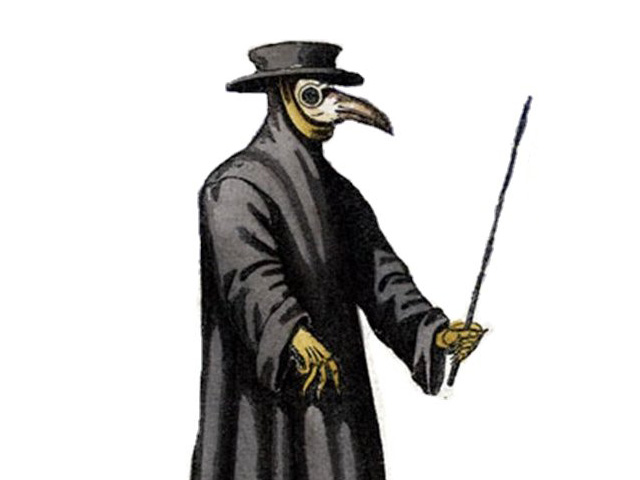