When a columnist urges Washington to do something and, miracle of miracles, Washington does it, the least the columnist can do is acknowledge the miracle.

My Jan. 4 post was headlined, "Let's Make 2021 Infrastructure Year." In it I expressed the hope that Congress could overcome partisanship and vote for a big-money solution to the nation's infrastructure problems. (https://www.dtnpf.com/…) On Nov. 15, President Joe Biden signed a $1.2 trillion infrastructure bill into law.

A hat tip to you, Washington.

Though passed by a Democratic Congress and bitterly opposed by many Republicans, the bill was very much a bipartisan achievement. The Senate version, which the House passed unchanged, was negotiated by five Republican senators and five Democratic senators. (https://www.npr.org/…)

The bill got yes votes from 13 Republicans in the House and 19 in the Senate, including the ranking minority senator, Mitch McConnell, an extraordinarily partisan Republican. Without Republican votes, it would have flamed out; six House Democrats voted against it.

Many Republicans regard their compatriots' yes votes as treachery. There have been death threats from Republican voters and talk in the House of stripping the 13 of committee assignments.

In more normal times past, these threats and this talk would have been regarded as an absurd overreaction. In today's hyper-polarized Washington, overreaction of this sort is distressingly normal.

Straight party-line votes on key pieces of legislation have become all too common. Bipartisan legislation is increasingly an endangered species. Still, it's puzzling that this bill didn't get more Republican votes.

Almost everyone, Republicans and Democrats alike, agrees that America's infrastructure is in dire need of repair and renewal. President Donald Trump repeatedly urged Congress to pass a trillion-dollar infrastructure bill.

Granted, the bill Biden signed allocates money to causes many Republicans disdain, like passenger rail. But it also calls for big investments in things they support. And while a trillion is a lot of money, it's only about a third of what experts say is needed to bring America's infrastructure up to snuff.

DTN's Ag Policy Editor Chris Clayton points out that in addition to roads and bridges, the bill spends heavily on infrastructure that will help farmers, ranchers and rural communities. There's $65 billion for broadband infrastructure, which rural America desperately needs, and $17.3 billion for ports and inland waters, which could fund improvements to the locks and dams on the Mississippi River. (https://www.dtnpf.com/…)

Why, then, did most Republicans vote no? Unfortunately, it was more about politics than policy. Once again, as has happened so often in recent years, the aim was to deny the other side a "victory."

But partisanship is taken to new extremes when victory denial is applied to bills like this one, bills that will benefit Americans broadly, making the economy more productive and more competitive with China for decades to come. The Democrats voted for President Trump's COVID-relief bills last year, for example, rather than try to deny him a victory.

And how important is this Biden victory, anyway?

While passage might boost the president's sagging ratings, it won't do much for the Democrats in next year's Congressional elections. The benefit to the economy will take years to be felt; it's not what voters will be focused on when they go to the polls in 2022.

Ironically, the Republican overreaction makes the passage look like even more of a Biden victory, instead of the bipartisan one it was.

As one of the Republicans who voted yes, Don Bacon of Nebraska, told Chris Clayton: "Frankly, the Republican leadership, I believe, failed here. They should have said, 'Speaker Pelosi, we want this bill put on the floor right now and not held hostage by the progressives to pass the Bernie Sanders reconciliation bill.' I think that would have been the right strategy to take ownership and put pressure on the Democratic leadership to get the bill on the floor. But for some reason, they went 180 and went for a hyper-partisan vote. That was a mistake. This bill was always going to pass, and we had 30 of us Republicans who had worked on the bill."

My intention in writing this post is not to praise one party and criticize the other. It's to applaud the residual bipartisanship that made passage of a trillion-dollar infrastructure bill possible. Our politicians' ability to compromise, thankfully, is not entirely dead, even if it sometimes seems to be on life support.

It's symptomatic of what ails our times that so many Republicans couldn't compromise on something as widely popular as infrastructure. That more than 30 could means there's still a sliver of hope. 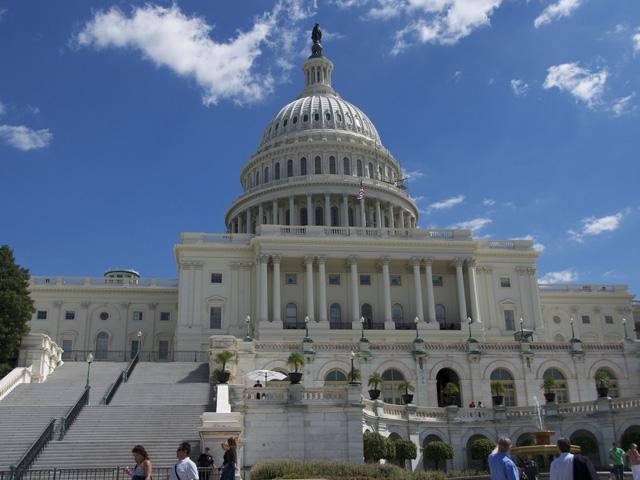