It's been a Washington joke that when President Donald Trump wanted to deflect attention from something he was being criticized for, he started talking about infrastructure and declaring "infrastructure weeks." Love the guy or hate him, you have to admit he's an artful political dodger. Everybody likes infrastructure. It's the perfect thing to quiet criticism.

Indeed, if there's one issue with the potential to unite a deeply divided Washington, it's infrastructure. Both Trump and Congressional Democrats have issued numerous proposals to spend trillions on it. Unfortunately, none of these proposals went anywhere. Watching the exchange was like watching a football game in which both teams go three and out, over and over and over again. (https://www.nytimes.com/…)

Can anyone doubt that this country needs to repair its roads, bridges, airports, tunnels, railroad networks, broadband networks and more -- or, in some cases, start over again and build anew? Isn't it obvious that the investments required are enormous, easily in the trillions of dollars? (https://www.youtube.com/…) And oh, by the way, can anyone begrudge farmers the few billion dollars needed to repair the locks and dams?

Most importantly, can a new, Democratic president and a new Congress that likely has a Republican Senate find a way to work together on infrastructure?

This being Washington, skepticism is appropriate. The town's partisan antagonisms get nastier and more entrenched with each passing year. Scoring points -- and preventing the other side from scoring them -- often seems like the only game in this benighted town.

If there's reason for hope, it's that few on either side of the aisle deny the need for action. There will be disagreements about how much Uncle Sam should shell out, and politicians will differ on particular investments; the high-speed rail line in California, for example, infuriates many Republicans. But everyone understands it will cost big bucks to fix America's crumbling infrastructure. There are plenty of projects both parties can support.

Trump and the Democratic-majority House were so bitterly divided over so many things that they couldn't sit still for serious, sustained infrastructure negotiations. If President-elect Joe Biden can avoid that bitterness in dealing with Senate Republicans, he may find he's pushing against an open door.

Love the guy or hate him, you have to admit Biden knows how to work with the other party. That's one of the reasons the Democratic Party's progressive base worries about him. They fear the compromises he might agree to working with Republicans.

Even now, even in this time of squalid divisiveness, Biden thinks the two parties can cooperate. While warning that if the other side wants to fight, "I'm ready to fight," he told columnists recently he thinks he can work with Republicans. "My leverage is, every senior Republican knows I've never once, ever, misled them. Whatever I say I'll do, I'll do. I never publicly embarrassed them." (https://www.wsj.com/…)

Perhaps it's wishful thinking for Biden to say, as he did recently, that "We need to work together to give each other a chance to lower the temperature." (https://www.rev.com/…) But isn't it better he starts out as the little engine that could than he assumes nothing can be done?

President Harry Truman famously said, "It's amazing what you can accomplish if you do not care who gets the credit." That not caring is hard for politicians; not getting the credit can mean not getting re-elected. The trick to obtaining bipartisan support for a measure is sharing credit. Every so often Washington shows signs of understanding this. We must hope this is one of them.

Even though I'm ending on a hopeful note, I admit we'd be wise not to hope too high. If the two sides can cooperate and pass an infrastructure package, it will be a compromise -- and compromises tend to leave everyone a little dissatisfied.

One possible constructive compromise might be lighter on dollars but heavier on setting up mechanisms to enable future investments, including perhaps some sort of federal or public-private bank devoted to financing infrastructure investments. That would lay a foundation for future progress. We can't expect the nation's infrastructure problems to be solved in one go.

Previous Post (Why American Farmers Lose the Poker Game With China)
Next Post (What is USDA's Most Important Function? The Answer May Surprise You) 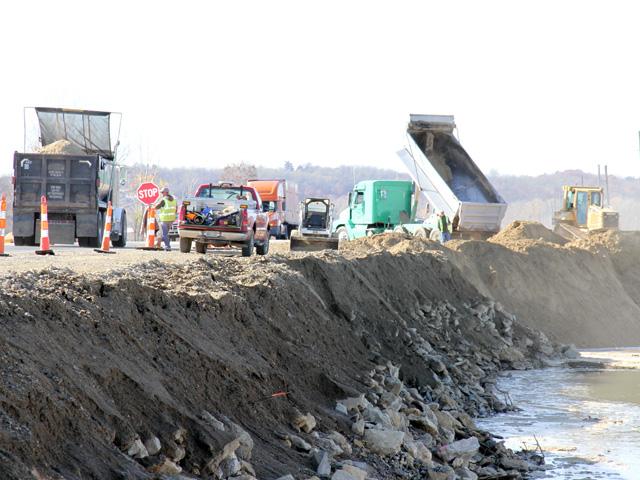