The Biden administration is examining a new proposal from the Mexican government over biotech corn exports to Mexico following meetings Friday in Washington, D.C., though officials noted "time of the essence" in getting the situation resolved.

"There was candid conversation about our deep concerns around the restrictions of the importation of biotech corn and other biotechnology products stemming from President López Obrador's 2020 decree. The Mexican delegation presented some potential amendments to the decree in an effort to address our concerns. We agreed to review their proposal closely and follow up with questions or concerns in short order. There is a joint recognition that time is of the essence and we must determine a path forward soon."

Vilsack said Thursday he expected Mexican officials to present a proposal that would resolve the concerns corn growers and others have about Mexican President Andres Manuel Lopez Obrador's decree to ban imports of biotech corn. If not, the U.S. and Mexico will likely find themselves in a dispute resolution case under the U.S. Mexico Canada Agreement (USMCA), Vilsack said.

As of now, Mexico has a decree from Obrador to ban the importation of genetically modified corn into Mexico starting in 2024.

About 90% of all U.S. corn is genetically modified. Mexico right now has imported nearly 3.1 million metric tons of U.S. corn in the current marketing year and has nearly 6.5 mmt of outstanding sales for the marketing year as well. Mexico is on pace to be the top U.S. market for corn.

When Vilsack traveled to Mexico City back in November, he said "a promise was made at that meeting was that Mexico would work, and that folks would come up to the U.S. to present what the president of Mexico was willing to do under the circumstances."

Over the past few days, the National Corn Growers Association (NCGA) and presidents from 23 of its state affiliates have written President Joe Biden about the potential ban on biotech corn. NCGA noted farmers are making planting decisions for next spring, and the crop harvested next fall could potentially fall under Mexico's decree.

"These actions are unsupported by science and a breach of USMCA. It would be detrimental to food security in Mexico, hurt U.S. agricultural sustainability, and stifle future agricultural technology innovations that would benefit both nations. While we appreciate the efforts of USTR and USDA to resolve this issue by engaging with Mexican officials, we also encourage the administration to consider all options available in an effort to hold Mexico to their trade commitments including pursuing a dispute settlement process through USMCA," the senators wrote in their letter.

Vilsack reiterated the U.S. continues to "have deep concerns about the presidential decree. We think that it is not based on science. And we also think it raises serious issued on the USMCA trade agreement."

As much as 66% of the yellow corn and DDGs (dried distillers' grain) fed in Mexico comes from the U.S., Vilsack said. "And there's no way that Mexico can either grow or import a replacement," he said. "Anything that they would import would be extremely expensive, probably 100% more than what they're currently spending."

Mexico risks reducing its own livestock industry, which would then translate into driving up food costs for Mexican consumers. Vilsack said he hopes Ebrard presents a proposal that rectifies the situation.

"However, I was clear with the president (Obrador) and I would be equally clear with the foreign minister and whoever else is in attendance, that if the proposal doesn't meet what we think is consistent with the science and does what we think is consistent with the USMCA, that we absolutely will continue to work with the U.S. Trade Representative's Office to begin the process of triggering whatever needs to be triggered under the USMCA. And that hasn't changed. It's not going to change." 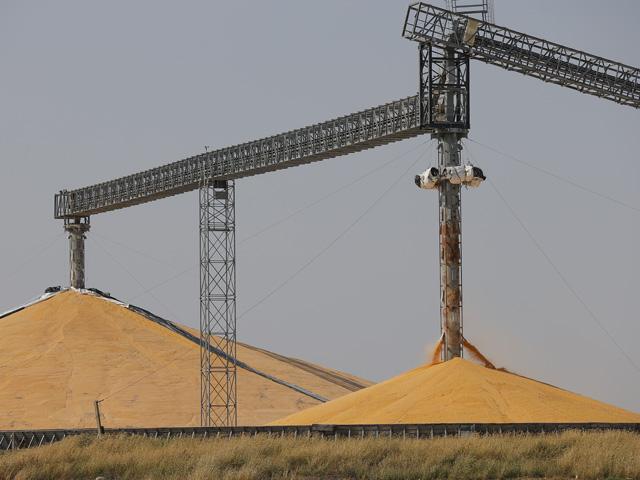