The National Corn Growers Association and its state affiliates are becoming increasingly concerned that Mexico will stop buying U.S. biotech corn in 2024 and want the Biden administration to consider launching a trade case against Mexico.

The president of 23 state corn grower groups sent a letter to President Joe Biden highlighting the stakes for corn farmers if Mexican President Andres Manuel Lopez Obrador moves ahead with his threat to end imports of biotech corn.

"A ban on any form of biotech corn would come at a great expense to America's corn growers," the corn growers wrote in their letter.

If Mexico were to ban biotech corn starting in 2024, that would effectively wreak havoc on corn markets for the marketing year for corn harvested next fall.

NCGA and state leaders noted "Corn farmers are right now in the process of making planting decisions for next spring, and any additional uncertainty in the market affects their ability to appropriately respond to multiple market signals. If the decree is not completely withdrawn, we ask that your administration initiate a case under USMCA."

The corn situation with Mexico is a complicated dynamic because Mexico is typically the No. 1 or No. 2 export market, depending on how much China starts buying. For the current marketing year, Mexico has taken delivery of 2.9 million metric tons, down about one-third from the same period a year ago. Still USDA shows nearly 6.5 mmt of outstanding sales to Mexico, which is about 9.5% higher than the same week last year, according to USDA.

The letter from corn growers comes as Mexican Foreign Minister Marcelo Ebrard is traveling to Washington, D.C., on Friday to try to find "points of agreement on genetically modified corn and other issues," according to Associated Press. Mexico is trying to avoid a trade complaint from the U.S. over the corn issue. Ebrand is hoping to smooth over the corn situation before President Joe Biden and Canadian Prime Minister Justin Trudeau travel to Mexico City on Jan. 9-10 for a meeting between the three countries.

Lopez Obrador has indicated that he is willing to accept biotech corn from the U.S. for animal feed, but wants to end biotech corn purchases for human consumption. Sen. Deb Fischer, R-Neb., issued a statement at the end of November saying any attempt to ban genetically modified white corn "goes against basic science." She said, "The Biden administration "must make clear that there can be no flexibility here." 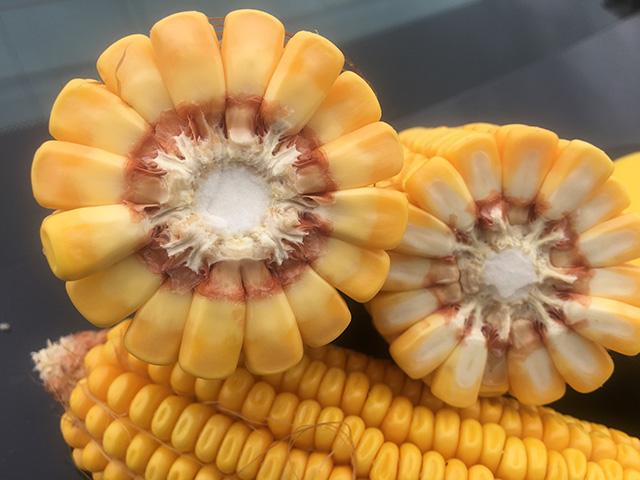