Wholesale cannabis is worth $1 billion in California and more than $500 million in Michigan and Oregon with Illinois not far behind.

The report by Leafly called for federal reforms, including decriminalization, allowing for bank loans, the elimination of an IRS tax "designed to punish illegal drug dealers," and federal disaster relief for cannabis farmers.

Referendums to legalize recreational use of marijuana are on Nov. 8 ballots in Arkansas, Maryland, Missouri, South Dakota and North Dakota, the Nebraska Examiner reported Friday. If approved, those states would join 19 other states and the District of Columbia in allowing use, jurisdictions that account for about 44% of the United States population, wrote Oregon-based reporter Jacob Fischler for the Examiner.

Four of those states are conservative. In Missouri, the biggest issue has been whether small, minority-owned stores would be allowed to receive what could be a limited number of dispensary licenses.

The Examiner article noted, "For-profit companies, they have an interest in getting in these other markets," Beau Kilmer, the co-director of the nonprofit think tank RAND Corp.'s drug policy research center, said.

A lot is going on in Arizona right now. Every campaign race is a tight, ideological battle.

And then the state has water challenges. The next governor is going to have to figure out how to work with the federal government, tribes and other states in the Colorado River. Arizona was already asked to cut by 592,000-acre feet in 2023.

Arizona gubernatorial candidate Kari Lake proposes desalination as one way to help water challenges. While the Mississippi River is facing low water levels not seen since 1988, Lake also said on her policy plan, "Another option we will explore is pipelining fresh water from both the Missouri and Mississippi River basins. These are proven technologies. They work. What will the cost be? Right now, we don't know. In either case, the cost and scale will require Arizona to forge agreements with the federal government, other Western states, and Mexico. Whatever the price tag ends up being, it will be far less than the cost of a future without the water we need to survive."

It will be an interesting day when a bill pitching that idea is introduced in Congress.

Voters in two watersheds in southeastern Arizona, the Willcox and Douglas basins, will vote on a ballot measure to create Active Management Areas (AMAs) for groundwater regulations. If approved, they will be the first AMAs in Arizona created by citizen petition, HighCountryNews reported.

Grist, in a follow up on the situation, reported residents in the predominately rural area have lost their water wells and blame the Minnesota dairy company, Riverview, that moved in a decade ago and has been expanding and tapping more water ever since. The dairy farm and other have built out an array of extensive irrigated crops such as alfalfa in the two basins, both of which are largely in Cochise County.

The Grist article explained, "The growing water shortage is driving freedom-loving denizens of the Willcox Basin to a radical solution: state regulation."

Voters in Sioux Falls, South Dakota, will decide whether to change city ordinance to ban future packing plants from being built.

The vote would block a new pork processing plant from being built in the city.

The Mitchell (S.D.) Republic reports, "Biofuels giant POET poured more than $1 million in October into the campaign to stop Wholestone Farms plans to build a pork processing plant in the city, according to reports filed Thursday, Nov. 3."

The pork plant is planned about a mile from POET's headquarters and not far from POET founder and CEO Jeff Broin owns a home.

A separate coalition of agricultural groups and Sioux Fall business groups, "Open for Business," is opposing the ban.

More can be seen at: https://www.mitchellrepublic.com/…

Voters in Georgia will be asked to exempt taxes for timber producers and farmers in separate referendums.

Referendum A would grant an exemption for all "ad valorem" taxes -- property taxes -- for equipment used for the timber industry.

Referendum B would broaden the agricultural exemption for ad valorem taxes to entities that involve two or more farm partners as well as add dairy products and unfertilized poultry eggs to the exemption list as well.

Chris Clayton can be reached at ChrisClayton@dtn.com 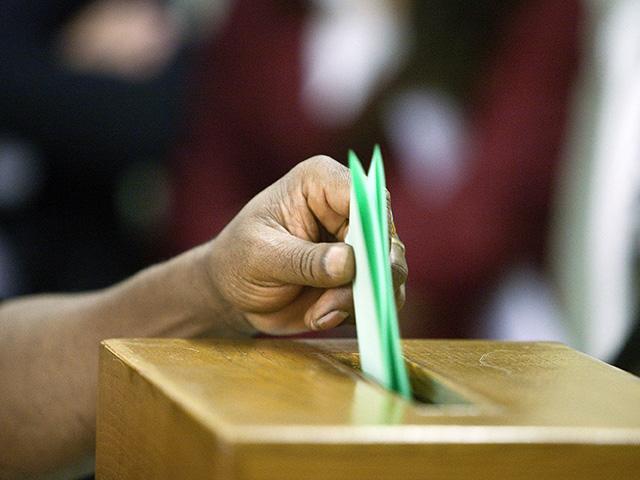