Cargills' facilities in Hickman, Kentucky, and Keithsburg, Illinois, both posted on their websites that they have stopped taking deliveries this week. Hickman's website noted, "We are full on corn and YSB (yellow soybeans). Will not be taking until river levels change. Hickman Harbor was closed due to low water. We are filling our remaining space. Customers can expect slower unload times and we apologize for any disruptions this causes our producers."

"The metaphor I routinely use -- 'Attaching a garden hose to a fire hydrant' -- continues to be very applicable," Steenhoek stated. "Farmers are continuing to harvest an overall strong crop, but the inland waterway system -- especially the lower Mississippi River -- does not currently possess the normal capacity to accommodate it."

Steenhoek said the low river conditions are a challenge for the soybean industry given how the September through February period accounts for 80% of U.S. soybean exports. More than half of the soybeans produced in the country are exported as well.

NO HELP FROM MIGHTY MO

Water releases from the lowest dam on the Missouri River, Gavins Point, South Dakota, also will be reduced starting around Nov. 19. Gavins Point had been averaging about 30,000 cubic feet per second (cfs), but the Corps is starting to dial back releases from the South Dakota dam and will bring it down to the minimum level of 12,000 cfs. The Corps will start stepping down water releases of about 3,000 cfs per day until early December.

Asked if the Corps could instead boost water releases out of Gavins Point, John Remus, chief of the Missouri River Basin for the Corps Water Management Division, said there have been conversations about it, but the Corps is not authorized to release water to support navigation on the lower Mississippi River.

"We are not authorized on the Missouri River system to make releases for the sole purpose of supporting the Mississippi River for anything, whether it is navigation or flood control," Remus told DTN at a meeting Wednesday in Smithville, Missouri.

In his tenure with the Corps, Remus said, there have been at least three times the issue of water releases from the Missouri have been raised to help the Mississippi. Each time, attorneys have said the authorizing legislation and court cases prohibit Corps officials in the Missouri River basin from adjusting water releases to support the Mississippi.

"We are only authorized for benefits on the Missouri River," he said.

Remus added, however, that the Missouri River system right now also doesn't have the volume to add significant water level rises on the Mississippi River either.

"We can't release enough water to make a difference," Remus said. "The river (Mississippi) gets so big once it gets below the Ohio (River), so even if we had the authority, we don't have the ability to do that."

The Corps meeting reaffirmed reporting from DTN on the challenging river outlook going forward. In the Missouri River basin, the National Weather Service expects La Nina conditions to prevail for the third year in a row. Right now, about 75% of the Missouri River basin is in some level of drought condition that is "likely to persist, if not expand."

American Commercial Barge Lines highlights how depth restrictions of no greater than 9 feet have been instituted on the Lower Mississippi River -- a 24%-30% decrease. Barges are often loaded to 11 feet to 12 feet at this time of the year on the Mississippi River south of St. Louis.

"For every 1 foot of decreased water depth, 5,000 fewer bushels of soybeans are loaded into each barge," Steenhoek said.

The USDA report offers an explanation that is consistent with testimonials Steenhoek said he has heard from farmers as well.

"Amid uncertainty about when barge traffic will normalize, some grain shippers have delayed deliveries until later in the year, which has softened demand for barges," Steenhoek said.

Some farmers -- especially many close to the river system -- have limited or no on-farm storage, Steenhoek noted. In many areas, the inland waterway system under normal conditions is such an attractive avenue for soybeans and grain that alternatives (processing or rail-loading facilities) have not developed since they would be at a competitive disadvantage to the normal efficiencies of barge transportation.

The Grain Transportation Report also noted that for the week ended Oct. 6, unshipped balances of wheat, corn and soybeans for marketing year 2022-23 totaled 39.07 million metric tons, down 23% from the same time last year. 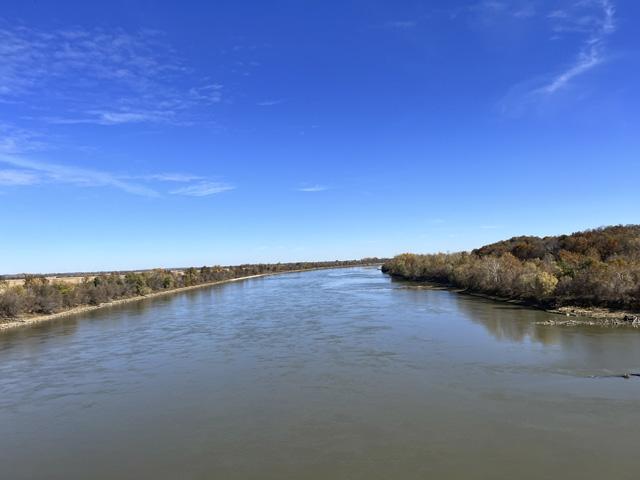