WASHINGTON (DTN) -- Lawmakers proved more receptive to the National Pork Producers Council's arguments that American pigs must be protected from foreign diseases than they were to calls for immigration reform and trade challenges, NPPC officials said Thursday after the group's first fly-in to Washington in two and a half years.

NPPC President Terry Wolters, owner of Stoney Creek Farms in Pipestone, Minn., told reporters that more than 100 members had visited with members of Congress and asked for more funding to fight African swine fever (AFS) which has appeared in the Dominican Republic.

Noting that this is the first time African swine fever has appeared in the Western Hemisphere in 40 years, Wolters said members asked for more money to keep the disease out of the United States and for the Agriculture Department's Animal and Plant Health Service.

Wolters said members of Congress appeared to support their request for money. AFS is the biggest threat to U.S. pork exports, he said, because foreign customers might ban U.S. pork if the disease is found in this country.

Wolters said the lawmakers had "mixed feelings" about arguments that the United States should join the Comprehensive and Progressive Agreement for Trans-Pacific Partnership, the mostly Asian trade group that came into existence after President Trump withdrew from negotiation for the Trans Pacific Partnership that the Obama administration had launched.

The pork producers also asked members of Congress to support year-round visas under the H2A visa program for farm and packing plant workers and an expansion of time that the workers can stay in the United States.

Workers often have to go back after they are trained, Wolters noted. Pig farms are located in areas that are low in population and the farms have a hard time finding workers, he added.

Wolters said members of Congress recognize that labor is important to pork producers but he acknowledged that how immigration programs are changed and implemented seems "a bit of mystery."

Nick Giordano, the NPPC vice president and counsel for global government affairs, added, "We simply can't take no for an answer -- if we had more labor we would have more pork which would translate to lower consumer prices."

"There is lots of discussion for food price inflation. We know the political calculus is difficult but this is an extraordinarily important issue for our producers and we are going to keep hammering it home," he said.

Giordano also noted that there had been an "unfortunate court decision" that required line speeds to be slowed, but credited Agriculture Secretary Tom Vilsack with working with the Labor Department on that issue.

Wolters said members are facing high input costs, but the worst problem is corn, the No. 1 ingredient in feed for pigs. Corn prices were rising even before the Ukraine war, he added.

The officials said they are hopeful that the Supreme Court will rule in their in favor in their case against Proposition 12, the California initiative that says pork sold in the state would have to be produced under conditions approved by the state.

The hearing will be held at 10 a.m. but the hearing room location has yet to be determined.

Fischer said in a news release, "I'm really pleased to see the forward momentum for our cattle market reform bill that will ensure robust price discovery and transparency. We have 18 Senate cosponsors from geographically diverse areas of the country and strong support from family ranchers and cattle producers. I look forward to this legislative hearing and continuing our work to advance this important bill." 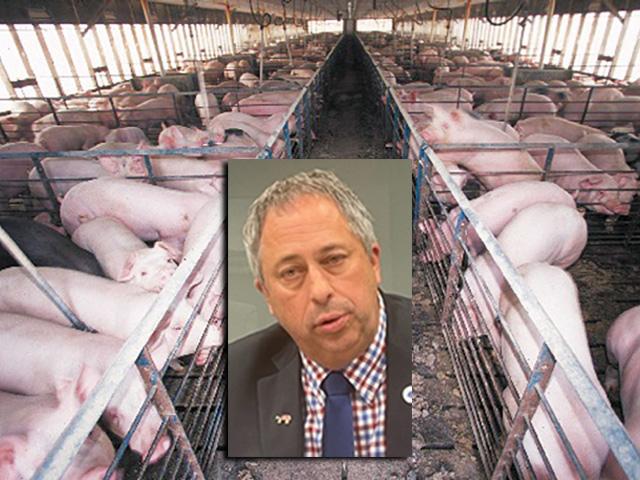