EDITOR'S NOTE: This article was updated to add a response from the National Grain and Feed Association.

Agriculture Secretary Tom Vilsack has written the president and CEO of the National Grain and Feed Association saying he shares concerns about the Ukraine war and impact on grain production and exports, but USDA sees only potentially "marginal" potential benefits from suggestions to opening up the Conservation Reserve Program for planting crops this year.

"We urge USDA to provide flexibility to producers to plant crops on prime farmland as well as the least environmentally sensitive acres currently in the program without penalty, whether on an emergency basis or through an early-out of their current CRP contracts," the letter from commodity groups stated.

In his response on March 31, Vilsack said USDA is in close contact with groups such as the United Nations Food and Agriculture Organization (FAO), as well as the World Food Programme. USDA's international aid programs, along with U.S. Agency for International Development (USAID) are also engaged.

The letter from Vilsack came as USDA reported on Thursday that the Russian invasion of Ukraine did not prompt any spike in expected wheat acres in the U.S. All-wheat acres in 2022 are estimated at 47.4 million acres, a 1% increase from 2021, but still the fifth-lowest wheat acreage since 1919.

NGFA released a statement disputing Vilsack's numbers, citing the National Resources Inventory shows that out of 15.9 million acres in General CRP, there are 4.1 million acres, or 26%, considered prime farmland. NGFA stated that number has been consistent since CRP was created.

"We continue to urge flexibility for acres within the Conservation Reserve Program (CRP)," NGFA stated to DTN. "Russia's latest aggression against the sovereign nation of Ukraine continues, as does growing concern over the implications this war will have on global food security. A growing number of senators have called for USDA to allow production on the 4 million acres of prime farmland currently in CRP."

CRP right now has about 22.1 million total acres enrolled, with General sign-up ending last month. USDA shows 3.9 million acres are set to expire from the program at the end of September.

In the letter to NGFA, USDA also cites that "a considerable proportion of currently enrolled CRP acres are in areas experiencing significant levels of drought." USDA added, "Production those acres would be marginal at best, and there is no realistic way to convert all CRP acres to cropland in 2022."

CRP also has adjusted over time and is "no longer dominated by whole farm and whole field enrollment," USDA noted. Instead, most of CRP is made up of grasslands often hayed and grazed or buffer strips, filter strips and wetlands. Other acres are in forests or shelterbelts.

Also, allowing tillage on CRP acres would have "a significant and detrimental impact on producers' efforts to mitigate climate change and maintain the long-term health of their land."

USDA added in the letter from Vilsack that USDA will continue to exercise CRP flexibility for haying and grazing due to drought or natural disasters.

"While it is clear there are no significant short-term gains to be realized from opening the program to crop production, I want to emphasize that USDA will continue to monitor the crisis in Ukraine and its global reverberations."

NGFA added in its response to Vilsack, " The U.S. is blessed with some of the best quality soils on the planet and farmers with access to the best conservation methods in the world. Prime farmland should not be idled when the U.S. has access to highly effective working lands conservation programs like the Environmental Quality Incentives Program and Conservation Stewardship Program. In a time of international crisis, we should do all we can to feed a growing hungry population now threatened by a likely global production shortfall." 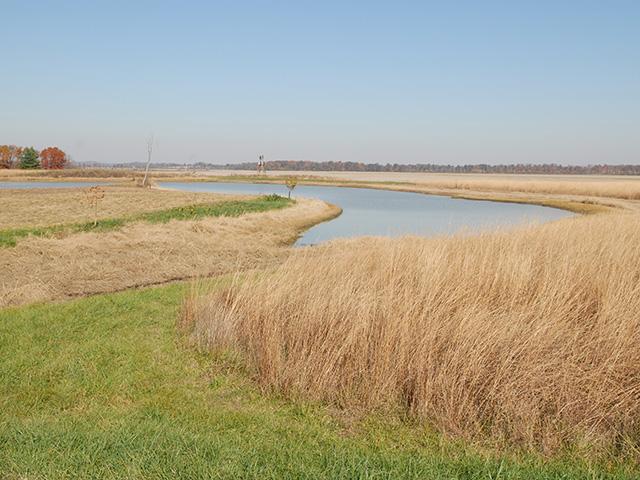