At a time when U.S. agriculture can help ensure some stability in parts of the world, the Biden administration still does not have a chief agricultural negotiator at the U.S. Trade Representative's Office, and the Department of Agriculture doesn't have an undersecretary for foreign trade, the role Ted McKinney filled in the Trump administration.

Both positions require nominations from the president and Senate confirmation.

USTR's chief agricultural negotiator nominee was Elaine Trevino. Among other work in her career, Trevino is a former California deputy agriculture secretary and former president of the Almond Alliance of California. Trevino was nominated last fall and had the backing of more than 170 agricultural groups who wrote the leaders of the Senate Finance Committee in mid-October. Trevino never received a confirmation hearing, so she withdrew her name from consideration in mid-March. Trevino was going to work in another capacity in the Biden administration.

Sen. Ron Wyden, D-Ore., chair of the Senate Finance Committee, issued a statement about Trevino's nomination but did not mention why his committee was not able to move her confirmation along. Wyden did call on the White House to quickly nominate someone new for the agricultural negotiator position.

"I'm glad to see Ms. Trevino will be serving the American people in an appointed post within the Biden Administration, where she will be well-positioned to press the case for American farmers," Wyden said. "I urge the White House to quickly announce a new nominee for chief agricultural negotiator to advocate for red-white-and-blue farm goods in global negotiations. Farmers in Oregon and across the United States grow food the rest of the world wants. They need someone representing them at global negotiations as soon as possible."

Politico had reported there were "paperwork issues" with Trevino's nomination, and officials, including the White House and Wyden's office, declined to comment. (https://www.politico.com/…)

As far as USDA's undersecretary for trade, Agriculture Secretary Tom Vilsack has said repeatedly that it's been difficult finding a person for the role who can give up their financial stakes and it takes time to go through the vetting. The secretary typically also points to the record $177 billion in agricultural exports in 2021. Vilsack did announce last month USDA is sponsoring at least four more trade missions later this year to the United Kingdom, Philippines, Kenya and Spain following February's trip to Dubai.

Sen. John Thune, R-S.D., on Thursday asked U.S. Trade Representative Katherine Tai in a Finance Committee hearing about the agricultural job opening. Tai said, "At the moment, I am working very hard with our administration to name a new chief agricultural negotiator nominee as soon as possible. I assure you here that your interests and mine are absolutely aligned."

Thune noted the administration is already a year in office without filling that role, "and it's just it's an expression of priorities, and I can tell you that there are a lot of farmers and ranchers and agricultural producers, (and) growers around this country who are very, very concerned that the promotion of agricultural exports be a priority, and it doesn't seem like it is," he said.

Thune also questioned why the administration hasn't requested Trade Promotion Authority (TPA). Thune and Tai had a direct discussion about TPA, which the Biden administration has not pursued. Tai said she "lived through the fights up here in the Congress" over TPA and the Trans-Pacific Partnership (TPP) as a House Ways and Means Committee staffer. Tai added trade policy works best when it comes through strong bi-partisan support. Thune countered Republicans had been willing to work across party lines on under the Obama administration.

Tai, though, also indicated that the Biden administration remains cool to jumping back into TPP, now called the Comprehensive and Progressive Agreement for the Trans-Pacific Partnership (CPTPP).

The administration instead is working on setting an agenda for its Indo-Pacific Economic Framework. The framework, initially announced last fall, remains in its infancy, given that no specific negotiations have been launched. Tai told lawmakers this week that the administration also has not decided which countries should become members of this new economic plan. The framework is meant to focus on supply changes, infrastructure, decarbonization, taxes, digital currency, labor and environmental issues.

On Wednesday, 87 members of Congress signed a letter calling on Tai and Vilsack to "make agriculture a priority" in the Indo-Pacific framework as well. The lawmakers want the administration to use the Indo-Pacific framework to deal with agricultural sanitary and phyto-sanitary barriers, as well as greater market access and lower tariffs. In other words, the 87 bi-partisan members of Congress want a trade deal. (https://panetta.house.gov/…)

Without real market access or "tangible benefits delivered," Thune called the framework "a lot of flowery rhetoric" that doesn't appear to provide tangible market access for farmers and ranchers "in areas of the world where America just flat needs to be a presence, needs to be competitive and needs to me leading the way." 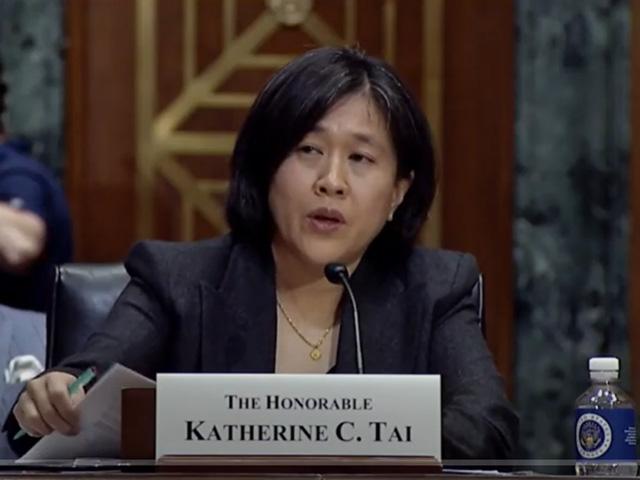