OMAHA (DTN) -- The Cattle Price Discovery and Transparency Act is now on its third revision as the senators who authored the bill released a new version on Monday.

That sticking point remains a conflict for the bill with groups such as the American Farm Bureau Federation, which voted in January to oppose government mandates that would require packers to purchase a percentage of live cattle via cash bids. AFBF was divided among its own membership regionally when the group's delegates voted on the policy change at its annual meeting.

Under the bill, USDA would two years to set up mandatory minimum cash market trade for five to seven regions of the country, factoring in the number of packers in a region and the availability of fed cattle, as well as pre-existing contractual arrangements for packers in each region as well. The minimum cash trade would range somewhere between the average negotiated purchases and grid purchases made from Jan. 1, 2020, to Jan. 1, 2022, but not be any larger than 50%.

The bill also would require USDA to create and maintain a library of market contracts between packers and producers.

Packers also would be required to report the number of cattle scheduled to be delivered for slaughter each day for the next 14-day period. The senators stated this provision would help producers projected estimated slaughter numbers and the packers' needs for cattle. Packers and USDA would also have to speed up the minimum time to report daily average carcass weights for cattle after they are chilled as well. The bill also set a mandate for the current voluntary annual reporting of cut yield data and codifies USDA daily reporting of the boxed beef cutout values to give producers more accurate information about the wholesale value packers are receiving when selling their products.

Fischer said the updated bill incorporates stakeholder feedback to help achieve the goal of providing more fairness to cattle markets. Fischer also said she hopes the bill would receive a hearing in the Senate Agriculture Committee in the coming weeks as well. "Our family farmers and ranchers have told us about the need for both robust price discovery and transparency in the cattle markets," Fischer said.

The National Farmers Union (NFU) immediately announced it supports the for the new bill language on Monday and urged Congress "to act quickly to pass this critically important legislation."

"Rampant consolidation in the cattle industry has made pricing in the cattle market increasingly opaque," said NFU President Rob Larew. "Fair and competitive markets rely on price discovery and transparency. For farmers and ranchers to bargain effectively with packers, they need access to reliable, accurate pricing information. This bill would shed light on the market and bring about greater fairness.

- Establishing mandatory minimum purchase volumes for packers through "approved pricing mechanisms" based on five to seven geographic regions, to be determined by the Agriculture Department.

- Increasing penalties for violations by packers.

"The updated bill comes after hours of deliberation with leaders of the Senate Agriculture Committee and weeks of technical feedback from the U.S. Department of Agriculture," said the U.S. Cattlemen's Association (USCA).

The USCA said its Marketing and Competition Committee will review the proposed revisions tonight.

"USCA stands with county, state, and national producer associations across the U.S. in supporting mandatory cash trade minimums -- a concept that is also supported by the majority of Senate Agriculture Committee members," USCA President Brooke Miller said in a news release. 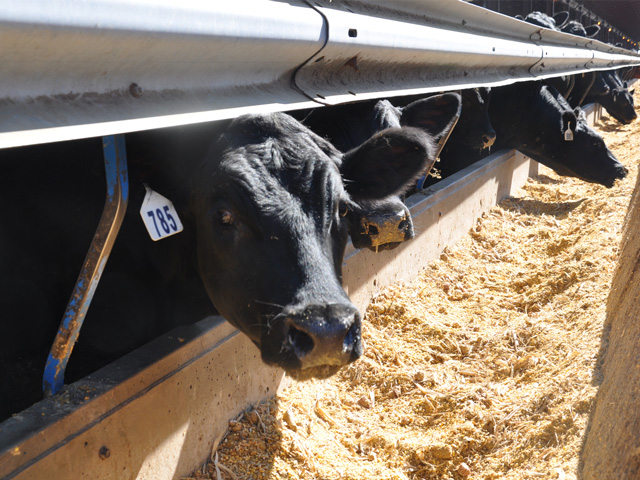