We're less than a week into 2022, but the year already has led to a few eyebrow-raising moments when it comes to public officials and agricultural policy.

It's certainly big news any time the president of the country is meeting with farmers and ranchers about a major issue in the agricultural economy. Former President Donald Trump did it multiple times -- sometimes to announce an aid package -- but also to highlight USMCA and other trade deals. To elevate the challenges that producers have faced with packers to the level of grabbing President Biden's attention on the first working day of the new year was a surprise.

And $1 billion potentially spent on meatpacking infrastructure is also a major investment for the industry.

At the same time, very little announced Monday from the White House event was actually new. A lot of what the White House did Monday was repackage some old material. Agriculture Secretary Vilsack had visited Council Bluffs, Iowa, back on July 9 with agricultural leaders from both Iowa and Nebraska crammed into the retail space of a small local meat locker. There, Vilsack announced that USDA was going to spend $500 million to develop and expand meat-processing capacity. Vilsack said the funds would become available "in the fall." Later, USDA said funds would be released before the end of 2021.

On Monday, Vilsack said the money -- at least some of it -- would be available this spring, though he bumped up the figure to potentially $800 million in loans and grants to deal with capacity, workforce and innovation. At least $375 million will got towards the expansion and construction of new facilities, Vilsack said. He added that $150 million "will be made available under a request for proposals that we'll file this spring."

Biden also talked about USDA rewriting its rules under the Packers and Stockyards Act as a new Biden administration initiative. He said the Trump administration had weakened the law and his administration will strengthen the law "to make sure it works as intended."

USDA has been rewriting the Packers and Stockyards laws since 2009 -- President Barack Obama's first year in office. After the 2008 farm bill was written, Vilsack and the Department of Justice's antitrust people went around the country talking about consolidation in different sectors. The cattle industry meeting in Fort Collins, Colo., that year was a standing-room only event. Hundreds of cattle producers lined up to speak about possible changes in the P&S rules. The final rule wasn't finished until Vilsack was walking out the door at USDA more than seven years later. His successor, former Secretary Sonny Perdue, pulled those Obama-era rules and took four years rewriting them. They were finalized right before Perdue handed over the office keys back to Vilsack.

In other words, there was nothing new announced Monday about the Packers and Stockyards Act.

Then Attorney General Garland spoke, eloquently, about how the Department of Justice was going get engaged here. Well, DOJ was engaged in 2009-10 until their antitrust leader walked away for a private-sector job. More recently, most people in the cattle industry -- and the journalists who cover these topics -- have waited in vain for DOJ to tell everyone what they discovered when Justice started issuing subpoenas to major meatpackers in June 2020. On Monday, Garland didn't mention that DOJ had looked into the packers' practices during the early days of the pandemic. And of course there were no press questions and no media aware of the history to ask Garland, "Hey, where's that DOJ report on the packers anyway?"

Garland did announce USDA and DOJ were now going to set up a "portal" for people to file their Packers and Stockyards complaints. When you boil it all down, that was the biggest "new" announcement from the White House event on Monday. DOJ and USDA will now have a website for people to complain about possible unfair practices by the packers.

In the end, the first workday of 2022 was the U.S. government taking a lot of old lingering issues and repackaging them for a new day.

The first dispute settlement case under the USMCA was won, supposedly by both sides, over dairy tariff export rules. U.S. Trade Representative Katherine Tai, in the understated manner of her office, issued a news release spelling out the details of the case and making it clear that the Biden administration will defend the rules set under USMCA.

The 53-page ruling from the dispute panel made it clear in simple to read language that Canada wasn't living up to the terms set under USMCA. Canada has until Feb. 3 to change how it is treating U.S. dairy processors and imports of U.S. dairy products under 14 different tariff-rate quotas spelled out under the trade deal.

The ruling was a cut-and-dried victory for the U.S. -- unless you are a Canadian cabinet minister. The spin put on the USMCA ruling by Canada's trade minister and agriculture minister made it apparent they were talking more about manure from bulls than milk from cows. Trade Minister Mary Ng and Agriculture and Agri-food Minister Marie-Claude Bibeau said they were pleased with the report that "ruled overwhelmingly in favor of Canada and its dairy industry." Ng and Bibeau said they thought it was particularly import that the trade panel "expressly recognizes the legitimacy of Canada's supply management system."

While the ruling was obvious to anyone who took a few minutes to read it, Ng and Bibeau simply couldn't admit they had lost the trade case. Instead, they had to declare victory in some way.

With that, 2022 starts off by making news with old talking points and ensuring nobody has to lose as long as they can frame their press statements as a win. 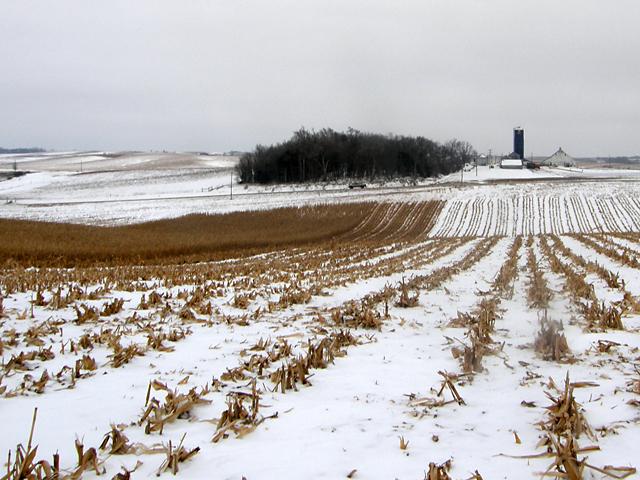