One of the surprises out of U.N. COP 26 meeting in Glasgow, Scotland, is the announcement by the U.S. and China this week that they would work together to limit emissions, particularly methane.

The joint language released by the U.S. and China calls for using incentives to help the agricultural sector reduce its methane emissions. The U.S. and China will meet sometime in the first half of 2022 to deal with ways to measure and mitigate methane, "including through standards to reduce methane from the fossil and waste sectors, as well as incentives and programs to reduce methane from the agricultural sector." https://www.state.gov/…

China and the U.S. combine roughly 40% of global emissions -- China at about 25% and the U.S. at 15%. The two countries agreed to work throughout the next decade on emission reductions and environmental standards, and move towards the emission-reduction goals of the 2015 Paris Agreement.

"It's beneficial not only to our two countries but the world as a whole that two major powers in the world, China and the U.S., shoulder special international responsibilities and obligations," Chinese special climate envoy Xie Zhenhua told reporters at a news conference. "We need to think big and be responsible." https://www.npr.org/…

The deal comes as the Biden administration's EPA has proposed new rules tighten methane emissions from oil and natural gas production. EPA had released its proposed rule to reduce methane emissions shortly before the COP 26 began. The rule focuses on clamping down on leaks and flaring. Doing so would cut methane emissions by 41 million metric tons, or the same as cutting 920 mmt of carbon dioxide between 2023 and 2035. https://www.epa.gov/…

That 920 mmt would be equivalent to offsetting all of U.S. agriculture's emissions for nearly two years.

Among the many conflicts in the Build Back Better bill is what kind of provisions Democrats will include to require the oil and natural-gas industries to reduce methane emissions and whether they will include any language at all in the bill. Methane is mentioned several times in the latest version of the bill, including allowing USDA to offer incentives for agricultural emission reductions.

There are some conflicts and distortions about the differences between methane from fossil fuels and livestock, as noted in "There's No Cow Tax in the Build Back Better Bill," https://www.dtnpf.com/…

In Glasgow, the joint plan announced by the U.S. and China expands on some agreements that had been worked out between the two countries in 2014, though it's unclear just how much was accomplished from that deal. The two countries also have a myriad of divisive political issues ranging from the source of COVID-19 to cybersecurity and conflict over Taiwan. Still, it was considered significant that the U.S. and Chinese envoys could announce an accord.

The end of COP 26 became a battle over the final language that will come out of it. Reporters in Glasgow reported the official time for the end of the conference came and went, but disputes remained over just what countries would commit to supporting.

The U.S. and China, in announcing their deal, didn't back a plan by the United Kingdom for countries to update their emission-cutting plans by the end of next year, the Wall Street Journal report. Poorer countries want some solid commitments from wealthier "global north" countries about what they are doing to bring their emission down.

As spelled out by the State Department, the agreement focuses on transitioning to clean energy, as well as addressing methane emissions. John Kerry, the U.S. special envoy, pointed out the language on methane is the first time China has pledged to address the issue, NPR noted. The U.S has a goal to reduce methane emissions 30% by 2030.

Ernie Shea, president of Solutions from the Land, just returned from Glasgow, said agriculture was a major focus of the U.S. delegation as Agriculture Secretary Tom Vilsack held multiple sessions, and also met with farm groups from England and Scotland as well.

"I think the big news is the world is rapidly figuring out they can't get where they are trying to go on their current trajectory, and they need additional solutions," Shea said. "And there was a better appreciation for the ag sector."

Shea said there's greater urgency among countries to reduce emissions as way to keep to the 1.5 C (2.7 F) target for temperature increase. "So the opportunity for agriculture is to demonstrate what we can deliver -- near-term, high-quality solutions that take multiple forms."

Solutions from the Land blog: https://solutionsfromtheland.org/…

The policies, though to make that work still need to be structured. USDA has several pilot programs. Congress hasn't fully passed the Growing Climate Solutions Act, which passed the Senate, but is waiting action in the House. USDA also likely wouldn't see any funding increase for climate programs if Democrats are unable to pass the Build Back Better Act. That bill has about $90 billion for forestry, conservation and research programs all tied to climate-smart agriculture and forestry management. 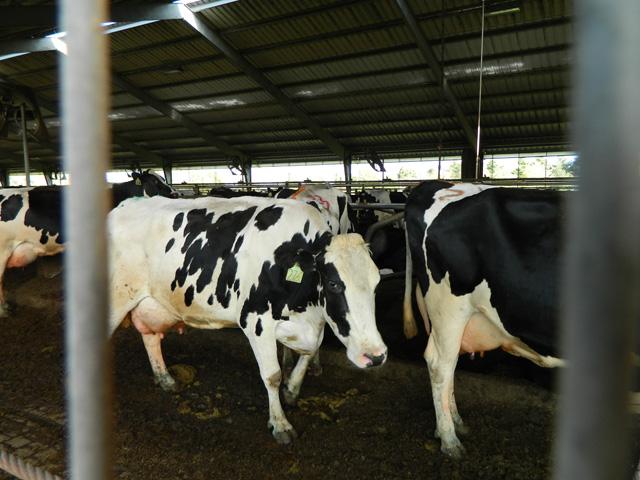