Sen. Cory Booker, a Democrat from New Jersey and a presidential candidate in the lower echelon of poll numbers, introduced legislation on Monday that would place a moratorium on large confined animal-feeding operations, overhaul the Packers & Stockyards Act and re-establish mandatory country-of-origin labeling requirements.

Before going any farther here, it should be noted Booker is not a member of the Senate Agriculture Committee. Given the current makeup of the U.S. Senate, Booker's bill has about the same chances of becoming law as the author of this blog has being signed as a free agent by an NFL team, based on statistical analysis.

The biggest question from Booker's bill, the Farm System Reform Act of 2019, is exactly how the federal government would implement a moratorium on new or expanding large CAFOs as defined by the EPA. That breaks down to facilities with 1,000 or more head of beef cattle; 700 or more dairy cattle; 2,500 or more finishing swine, or 125,000 or more broilers. The full definition of CAFO sizes can be found at https://www3.epa.gov/…

Currently states and in some places local counties regulate the size of feeding operations. Under Booker's plan, "corporate integrators" would be "responsible for pollution and other harm caused by CAFOs, which would be phased out under Booker's plan by 2040.

In shifting out of CAFO production, Booker offers spending $100 billion over 10 years to pay those farmers to transition.

Booker's legislation would also restore some elements that the Obama administration sought to install in the oversight of the Packers & Stockyards Act. It would prohibit the use of tournament or ranking systems used frequently by poultry integrators with contract growers; protect livestock and poultry farmers from retaliation; and prevent predatory purchasing practices.

Perhaps most popular of Booker's proposals would be re-establishing mandatory country-of-origin labeling requirements for beef and pork, and expanding those labeling requirements for dairy products. Some groups pushed unsuccessfully for the Trump administration to address COOL in the U.S. Mexico Canada Agreement. Booker's bill also would prohibit USDA from labeling foreign meat products as "Product of USA."

Groups such as the Contract Poultry Growers Association of the Virginias, Food and Water Action, the Center for Food Safety and the Indiana and Pennsylvania Farmers Union chapters have backed the bill. 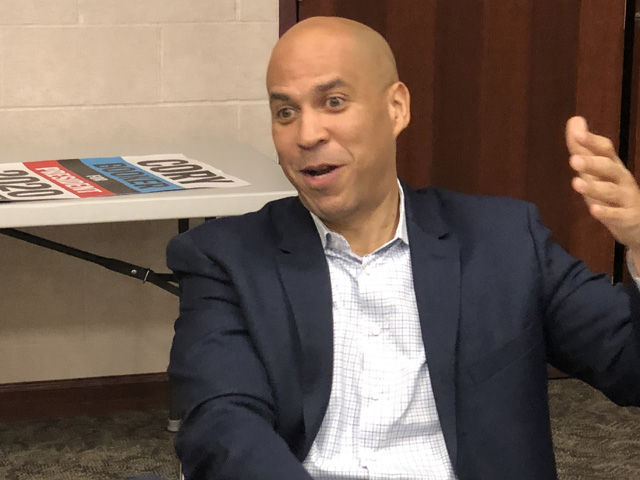