More than 300 farm groups sent a letter Monday to House leaders demonstrating their support for the Farm Workforce Modernization Act, a bipartisan bill set for a markup Wednesday before the House Judiciary Committee.

The Farm Workforce Modernization Act would create a program to legalize current agricultural workers who are in the U.S. illegally, as well as their spouses and minor children. The bill would also make several changes to the H-2A agricultural guest-worker program, which would include allowing year-round agricultural guest workers -- a major issue for dairy farmers and other livestock producers.

Along with changes in the workforce, the bill would establish mandatory E-Verify for all agricultural employers through a phased-in process.

The bill was spearheaded by Rep. Zoe Lofgren, D-Calif., who chairs the House Judiciary Immigration Subcommittee, and Rep. Dan Newhouse, R-Wash. The bipartisan bill was negotiated with input from agricultural stakeholders and labor organizations and was introduced by 26 Democrats and 23 Republicans as co-signers.

In their letter to House leaders, the agricultural groups wrote that the labor shortage facing farmers goes beyond the farm, "negatively impacting our economic competitiveness, local economies and jobs." Foreign producers are taking advantage of the U.S. labor shortage and expanding market share, with farm groups stating the U.S. is at risk of exporting food production and thousands of farm-dependent jobs.

"The House must pass legislation that preserves agriculture's experienced workforce by allowing current farm workers to earn legal status," the letter states. "For future needs, legislation must include an agricultural worker visa program that provides access to a legal and reliable workforces moving forward."

The full letter can be viewed at https://newhouse.house.gov/…

The bill would give "blue cards" to agricultural workers who have worked at least 180 days on farms over the past two years. They would become eligible for five-year renewable visas that would require working at least 100 days each year in agriculture. Those workers would later on be given the option to earn permanent legal status but must have at least 14 years of work history in agriculture before they can apply. 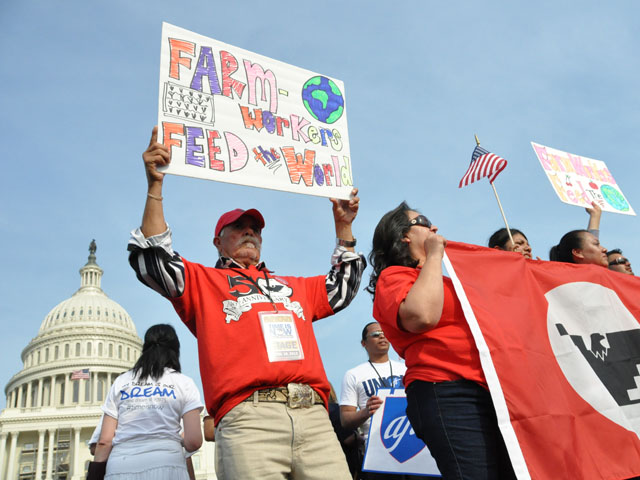