Leadership from the U.S. Meat Export Federation offered an update Thursday on a U.S. group of farmers taking part in some USMEF events in Japan this week. The group included representatives from pork, beef, corn, soybean commodities, as well as Farm Bureau leaders and a few representatives from state departments of agriculture. USMEF provided the farmers with an overview of work in Japan to highlight how checkoff funds are used.

The participants had just ended a seminar and tasting of U.S. beef and pork products with roughly 325 people involved in some way in Japan's import trade or food industries.

Those on the call representing USMEF said buyers and retailers in Japan are encouraged about possibly higher sales after President Donald Trump and Japanese Prime Minister Shinzo Abe announced an agreement in principle for a trade deal at the G-7 two weeks ago.

"I think there's a tremendous amount of enthusiasm towards the prospect of an agreement that would result in a level playing field," Halstrom said. He added, "We're already talking to some of the importers about how we can help them regain lost share."

Halstrom said the segment where USMEF wants to gain some ground is with chilled meats sector in stores.

But it's premature to speculate on a timeline when a trade deal would be reached and the tariffs would come down, Halstrom said.

Bloomberg reported Thursday that U.S. and Japan trade negotiators were rushing to get a trade deal done because PresidentTrump wants to sign it this month. Trump has threatened tariffs on Japanese autos if a deal isn't finalized, but Bloomberg noted the U.S. and Japan only agreed on broad strokes of a deal, not details.

Dean Meyer, a farmer from Rock Rapids, Iowa, with Iowa Corn Growers Association, a USMEF executive committee member, agreed he saw a lot of excitement from buyers at events this week. "They too are excited about the pending trade agreement," Meyer said.

Those on the call kept hitting on the value of checkoff dollars going to export programs, such as USMEF. "Business isn't done country to country, business is done person to person, and from business to business," said Dave Preisler, CEO of the Minnesota Pork Board. "Without those sources of contacts, business doesn't happen. Countries can set the trading rules, but it's really people who make the deals happen."

The advantage other countries have gained in Japan through other trade deals is showing up in slightly declining sales to Japan.

U.S. pork exports to Japan are down about 3% in volume over the first seven months of the year compared to 2018 and showing about a 4% decline in value at $906.7 million. Japan remains the top market in dollar value, though Mexico imports more volume. Sales to Mexico are down from 2018 by 12% in volume and 14% in value at $700.7 million. Those figures come from USDA data compiled by USMEF.

While pork tariffs to China remain high, pork exports to China and Hong Kong are up 23% in volume through the first seven months of the year and up 3% in value to $580.3 million. "China's hog prices soared to record levels in August, and retail pork and poultry prices are also trending sharply higher as China's African swine fever-related hog shortage intensifies," USMEF noted. 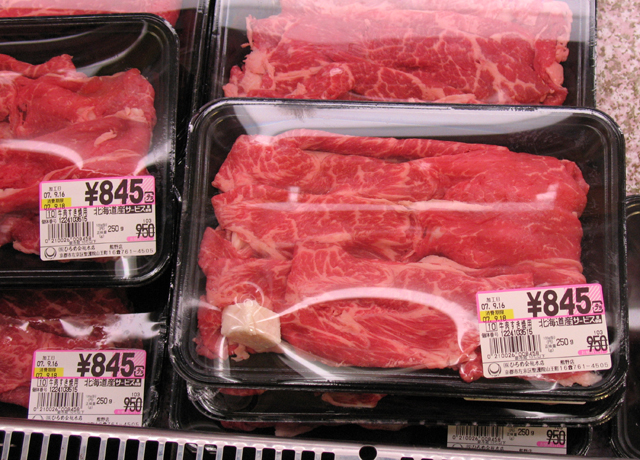