New York City officials will push ahead with NYC Mayor Bill de Blasio's plan to reduce beef consumption in the city despite criticism from Nebraska Gov. Pete Ricketts and the Nebraska Farm Bureau

De Blasio announced back in April a "Green New Deal" for NYC that included several energy policy changes as well as an array of other initiatives related to the inequality, health and planning. The plan also tackles "healthy food choices" and includes language to implement a "Good Food Purchasing Policy" for agencies that serve food.

Related to climate, a spokesperson in NYC's Office of Sustainability replied to DTN, that the city will reduce purchases of processed meats for agencies such as schools, hospitals and other institutions. Agencies also plant to reduce the amount of money on beef by 50%.

“New York City is taking swift action to tackle the existential threat of climate change. Achieving carbon neutrality requires reducing emissions from all sectors. We’re scaling up clean energy, increasing energy efficiency, building a cleaner transportation network, and taking a closer look at what we eat to create a healthier planet and a healthier future. The City plans to phase out completely purchases of processed meats by agencies, and reduce how much agencies spend on beef by 50 percent over the next 5 years by increasing alternative protein options. We are employing city resources in ways that demonstrate our commitment to healthy food options that support the environment," the spokesperson stated.

De Blasio is running for the Democratic nomination for president in 2020, but he is one of several candidates polling at 1% support or less.

The Nebraska Farm Bureau on Tuesday challenged de Blasio's plan, arguing that NYC 's effort ignores both climate and nutritional science, and only serves to further divide urban and rural populations. As the largest agricultural organization representing the second largest beef producing state, we urge you to reconsider this initiative and help us tell the great story of beef sustainability,” Steve Nelson, Nebraska Farm Bureau president wrote in a letter to de Blasio.

“Unfortunately, one of the most harmful and erroneous myths that exist in public discourse today is that U.S. beef production is destroying the planet. The truth, which is backed by peer-reviewed science, is that U.S. beef producers are producing far more beef with fewer inputs and contribute fewer greenhouse gas (GHG) emissions than what they are blamed for,” Nelson said.

Agriculture in general accounts for 9% of all U.S. greenhouse-gas emissions, according to EPA. Livestock emissions overall account for about 3% of U.S. emissions. As EPA notes, "Livestock, especially ruminants such as cattle, produce methane as part of their normal digestive process. This process is call enteric fermentation, and it represents almost one third of the emissions from the agriculture economic sector." https://www.epa.gov/…

Nelson points to the efficiency gains livestock producers have made. Beef producers today raise the same amount of beef as in 1977 with 33% fewer animals, he cited.

“Unfortunately, despite our success, many of those whose only connection to production agriculture involves three meals a day, seem to be the most vocal about what they perceive are the shortcomings in our industry. It is our hope you look beyond your own very large urban backyard and come visit the American farm and ranch families who devote their lives to producing the food, fiber, and fuel. We would be happy to host you in Nebraska at any time,” Nelson wrote.

After Farm Bureau's news release went out, Nebraska Gov. Pete Ricketts weighed in. “Bill de Blasio’s war on beef is anti-agriculture and anti-science,” said Governor Ricketts. “Nebraska’s farmers and ranchers are the original conservationists, and they help raise the best beef in the world. I know the people of New York City enjoy Nebraska beef, because the Department of Agriculture and I have worked to promote Nebraska beef in the city. I urge the people of New York to reject this senseless plan.”

It should be pointed out neither Farm Bureau nor Ricketts offered to help New York City implement its plan to improve the city's air quality by encouraging high-octane, low carbon fuels such as ethanol and biodiesel fuels. NYC's plan cites the need to not just lower emissions, but reduce particulate matter as well. New York seeks to reduce auto emissions significantly over the coming decades "through widespread adoption of alternative fuel vehicles." Yet, it only really mentions electric vehicles in the strategy. 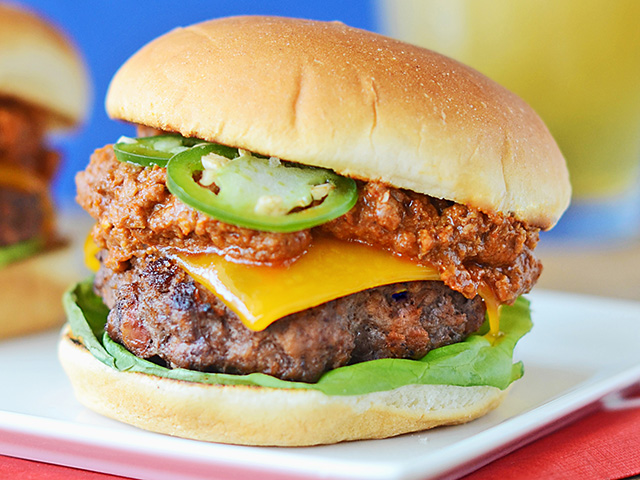