For grain farmers along the Missouri River flooding, it's hard to total all of the losses they are facing with their homes, buildings, grain in the bins and likely loss of spring crops for this year.

That issue about the lack of an indemnity program for grain farmers came up early this week and the lack of direct disaster aid was a repeated theme I heard in Nebraska, Iowa and Missouri.

Throughout all of this, I saw a tweet from a Florida farmer hit by Hurricane Michael last fall. He said farmers in his area didn't need low-interest loans. They needed a disaster program.

Farmers had a disaster program for awhile, but it went away. No doubt it would not make them "whole" but it was a program there to deal with catastrophic losses, such as the ones I'm seeing close to home in Iowa, and these farmers who are still trying to recover from Hurricane Michael and Hurricane Florence last year.

In the 2008 farm bill, the National Farmers Union spearheaded the inclusion of the Supplemental Revenue Assistance Program (SURE). The battle over SURE, and finding the funding for it, was likely the reason the farm bill took a year longer to complete than expected. But it provided farmers with a "permanent" disaster program. It was a repeated theme and lawmakers from states suffering from disaster challenges at that time demanded SURE be created.

Before SURE, farmers had to wait, sometimes three years or more, for enough disasters nationally to build up for there to be the political will to pass an ad-hoc disaster package that would help them out. SURE was supposed to stop that from occurring again. And in 2011, we didn't hear the calls for a disaster package like we're hearing now.

SURE, though, went away in the heyday of the agricultural boom with strong farm economies in 2012-14, Congress was able to let SURE expire at the end of 2012 and they declined to renew it in the 2014 farm bill, despite calls from the National Farmers Union to keep the program.

“NFU is concerned by extreme weather conditions that are causing severe hardship for farmers and ranchers across the country, with no end in sight,” said Roger Johnson, president of NFU, in a July 2012 statement. Johnson added, “Congress must act to protect U.S. family farmers and ranchers from such extreme weather, and the U.S. Department of Agriculture must continue working to streamline disaster programs so they are easily accessible to those who need them most.”

Congress has continued to extend the Livestock Indemnity Program and Livestock Forage Program, but SURE went away with hardly a whimper in 2014. There were basically no discussions about reviving the program for the 2018 farm bill despite the constant concerns raised about the state of the farm economy leading up to final passage of the bill.

Now here we are with multiple years of disasters stacking up in agriculture and farmers essentially waiting on Congress to pass an ad-hoc disaster bill that would ideally cover indemnity losses for these farmers who had so much of their income sitting in bins now underwater.

History tends to repeat itself. 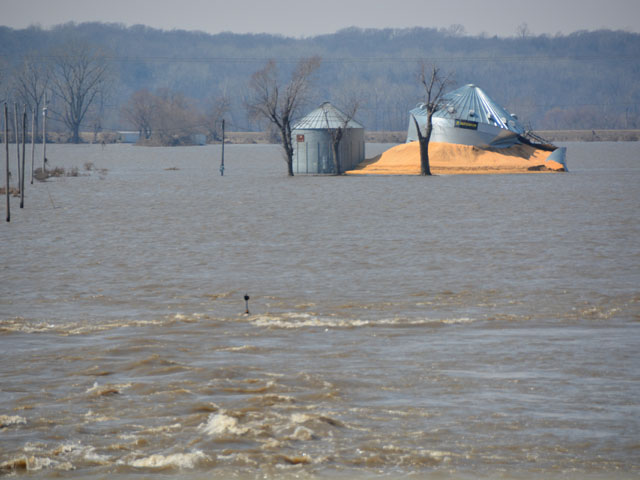