Trade was a major focus

Perdue said USDA's trade goals to offset China losses "is to spread it around." He pointed to new talks coming up with the European Union and Japan, as well as travel by Trade Undersecretary Ted McKinney to Thailand, Indonesia, Philippines and India, among other countries. "India has got a lot of mouths to feed and we've barely scratched the surface of that. So our goal is to spread it around."

The secretary said he believes farmers have seen the price lows and he anticipates prices will start to rally for producers. Still, later the secretary noted that agriculture will continue to face short-term price struggles. "I wish I could tell you there's a silver bullet solution. We're farmers enough to know there's no silver bullet solution. We just keep on going."

He added, though, after five years of low prices he still sees a lot of hope and faith among farmers. Yet, Perdue reiterated he had told President Donald Trump that farmers are patriots but, "You can't pay the bills with patriotism. You have got to have some hope out there."

Perdue later told reporter, "I just used that as a phrase for the president to make sure he knew people were still supportive of his policies on trade -- making China play fair -- and their real patriots supported that America first policy there, they are still hurting financially, a lot of financial stress out here on the farm and he needs to know that, financially, farmers are hurting too so that we can make policies that make it better for farmers."

The secretary also pointed out that there will indeed be a second tranche of Market Facilitation Payments.

Perdue noted USDA and FDA were just coming off two days of meetings about cultured proteins or "fake meat" as the livestock industry calls it. He believes there is a dual regulatory role for the two agencies. "It's our responsibility and USDA and FDA to define very clearly that demarcation line of responsibility."

FDA has the safety considerations when these protein cultures are in the lab, Perdue said, but when the product is commercialized, USDA will take over. "I'm going to insist that kind of product be treated the same way our beef and cattle and poultry producers are with USDA inspection all the way through. That's in the interest of food safety for the whole United States."

Despite complaints from the livestock industry about regulations and labels, Perdue said livestock groups are not threatened by the new technology.

On biotech rules, USDA said rules will be out by the end of the year and will align with FDA on labeling rules. While the rule will be completed by 2019, labeling bioengineered foods will take place in the industry in 2020. Perdue said he will give the industry a year to implement the labels.

South Dakota also gets the honor this year of delivering Thanksgiving turkeys to the White House for President Trump. Perdue was asked if he had any pointers for that task. "We want a big fat, round, juicy one that does not spared, OK?"

Sen. Thune told DTN the farm-bill conference negotiators are positioned to get done quickly after the elections. He noted Senate Majority Leader Mitch McConnell, R-Ky., is focused on the farm bill, including being on the conference committee, and determined to see it completed.

Hopefully, the farm bill will be done before farmers need to finalize planting decisions and complete operating loans with their bankers.

"My hope would be we will have it wrapped up after the election and the dust settles and the smoke clears, we'll be in a position to wrap this up," Thune said. "As you know, the big difference between the House and Senate versions of the bill has to do with the nutrition title and some of the work requirements in the food stamp program, and hopefully those can be resolved. Otherwise, there are some differences but there aren't any differences I would call deal breakers. I think we can get to a place where we can get this bill signed into law before the end of the year and before planting decisions have to be made." 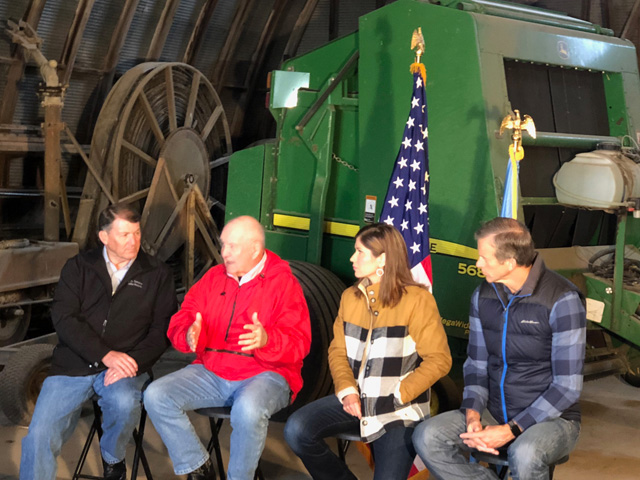