Mike Johanns, who worked on farm bills as both an Agriculture Secretary and U.S. senator, is becoming less optimistic that Congress will complete a farm bill this year.

Johanns, in a phone interview with DTN, noted the problem with debate over the Supplemental Nutrition Assistance Program and mid-term elections are complicating the prospects.

"The farm bill is more than stalled. It's tied up in election-year politicking for sure," Johanns said.

Conaway's SNAP proposal would require people classified as able-bodied adults without dependents to work at least 20 hours a week to keep their benefits or be enrolled in a job training program. Democrats concluded that would impact as many as 5 million people and lead to as much as $20 billion more in SNAP cuts over the next 10 years, according to the Food and Environment Reporting Network.

Conaway has said he can move this bill on the House side by just getting a majority and he can just get those votes from Republicans.

"That may be the case, though there are members on the Republican side, specifically the Freedom Caucus, that generally doesn't like voting for farm bills," Johanns said. "But they might see enough reform here for a "yes" vote to allow the chairman to move the bill."

The Senate, though, will require 60 votes to advance a bill. That's going to demand a bipartisan solution, and agreement by Senate Majority Leader Mitch McConnell, R-Ky.

"I think this is one of those bills he (McConnell) would love to move, but the reality is it's got to get 60 votes," Johanns said. "So somehow, some way, everybody has got to sit down and figure out what they want to do about the SNAP program. That really is the big issue. If you find a resolution to that, I do believe the farm bill will move."

Johanns noted the House Agriculture Committee leadership of Conaway and Rep. Collin Peterson, D-Minn., are going to have to reach an agreement. That becomes a problem, though, given other Democrats have written Peterson telling him not to negotiate. Johanns notes these kinds of battles become symbolic and the actual policy debate can get lost in the posturing.

"I don’t see any real way forward unless you get that kind of bipartisan effort here," Johanns said. "We've been down this road so many times before on a variety of issues with farm bills. They get held up and these battles do become symbolic, but people realize they do need to get a farm bill done and they eventually move."

The former secretary said he had some optimism the farm bill could be completed in 2018, but time is burning because there are so few days left in the legislative calendar. Further, some lawmakers are going to want to spend more time at home.

"Members will be pressuring the leadership to get even more time off. Any member who is going to be in a close re-election is saying 'I need to be home.' So the time evaporates."

Unlike 2014, and perhaps 2008 as well, there's a lot more riding on the completion of a new farm bill because incomes have fallen sharper than any time in the last decade. Even though there won't be a lot of radical changes, a new farm bill will offer the chance to change program enrollment or possibly prop up the Agricultural Risk Coverage program.

"Farmers are paying a lot of attention to this farm bill," Johanns said. "The mantra is to protect crop insurance. I don't think there are any big battles out there on commodity programs. I think most of those issues will be handled by an agreement in the negotiating parties."

The trade situation may be enormously aggravating and costing people money, but Johanns said he does not thing it will prompt lawmakers to move quicker on the farm bill. 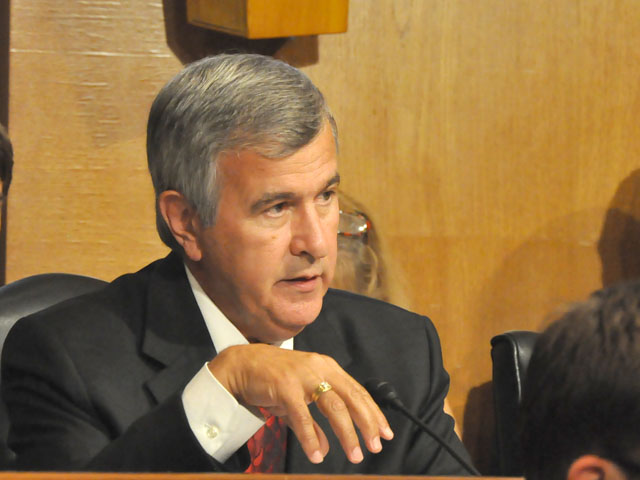