ROCKVILLE, Md. (DTN) -- Each year, DTN publishes our choices for the top 10 ag news stories of the year, as selected by DTN analysts, editors and reporters. Today, we continue the countdown with No. 6, looking at how agrichemical companies sought to wipe their legal slate clean this year, with Bayer settling over dicamba and glyphosate lawsuits and Corteva pulling Lorsban off the market.

Agrichemical companies made major concessions in the face of growing legal scrutiny of certain controversial agricultural chemicals in 2020.

The trend started in February with Corteva Agriscience taking the industry by surprise with its decision to cease production of its chlorpyrifos insecticide, Lorsban. The year ended with Bayer still hashing out the details of its multi-billion-dollar settlement of lawsuits stemming from the use of its glyphosate and dicamba herbicides.

Corteva attributed its decision to end Lorsban production to falling demand for the insecticide, which targets a range of sucking, biting and chewing insects and is registered for use in a wide variety of crops, including corn, alfalfa, sugar beets, cotton, wheat, soybeans and peanuts.

However, the chemical has a long history of legal entanglements over environmental and health concerns, dating back to the 1990s, when its original registrant, Dow Chemical, was fined by EPA for hiding reports of human health problems from chlorpyrifos use. By 2000, EPA reached an agreement with Dow to phase out most residential uses of chlorpyrifos, as well as ending its use on tomatoes and restricting its use on apples and grapes. By 2015, the agency was poised to revoke all food residue tolerances for the chemical, which would effectively end its legal use in the U.S.

But under its former administrator Scott Pruitt, EPA reversed that decision in 2017, and now the agency is forging ahead with a re-registration review of the chemical. The result is a rather remarkable situation: a federal agency vowing to keep a chemical on the market in generic form even without the support of the chemical's primary registrant.

In the meantime, Bayer is still knee-deep in negotiations of a suite of ag chemical lawsuit settlements, totaling more than $11 billion. Bayer had inherited the legal woes of both Roundup and dicamba when it purchased Monsanto in 2017. By 2020, the company was facing a growing number of expensive jury settlements against both herbicides, with more lawsuits emerging. See more here: https://www.dtnpf.com/… and here: https://www.dtnpf.com/….

In June 2020, Bayer opted to settle as many of those pending lawsuits as possible. The company agreed to pay between $8.8 billion and $9.6 billion to resolve both current and future litigation over Roundup -- an amount that is now expected to be increased by $750 million after a federal judge intervened. See more here: https://www.dtnpf.com/… and here: https://media.bayer.com/….

The settlement also set aside $400 million to resolve dicamba injury claims between 2015 and 2020, including a sprawling, multi-district litigation in the U.S. District Court for the Eastern District of Missouri. As a result, soybean farmers with dicamba injury and yield loss claims will kick 2021 off with the option to file a claim online, after the details of the settlement were finalized on Dec. 16. Bayer will make $300 million available for soybean injury claims, with another $100 million devoted to settling non-soybean injury claims separately, as well as administrative costs. See more here: https://www.dtnpf.com/… and here: 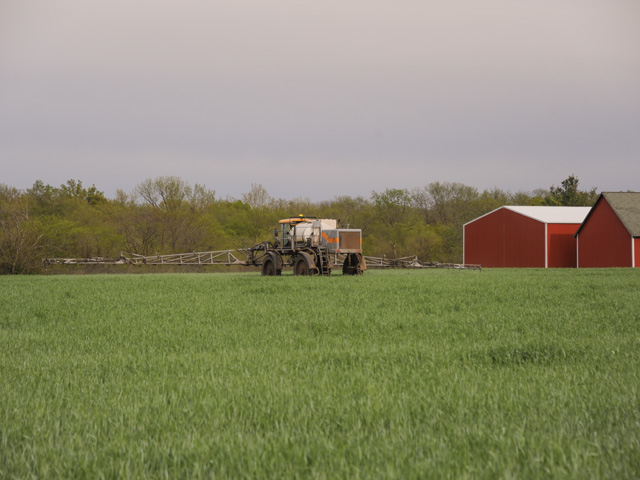