OMAHA (DTN) -- Each year, DTN publishes our choices for the top 10 ag news stories of the year, as selected by DTN analysts, editors and reporters. Today, we continue the countdown with No. 9 looking at some of the challenges ethanol faced during 2020, including shutting down production as a result of COVID-19 and ongoing battles with the EPA on the small-refinery exemption program.

The ethanol industry in the United States kept absorbing hits in 2020, beginning with the economic shutdown from COVID-19 and continuing with an ongoing battle against the EPA on small-refinery exemptions.

The new year started off with a major court victory for the ethanol industry when a federal appeals court ruled the EPA had abused its discretion in granting small-refinery exemptions to the Renewable Fuel Standard to three companies.

That ruling put the agency in the hotseat -- forced to decide whether it would apply the ruling nationally and effectively slow an exemption program that approved 85 waivers from 2016 to 2018.

With a new phase-one trade deal with China in place at the start of the year, the door opened for perhaps restarting exports of ethanol and its co-products.

Enthusiasm was quickly dampened when COVID-19 arrived on American shores, leading to a nationwide economic shutdown.

At the same time, Russia and Saudi Arabia unleased an oil war that essentially sent demand for transportation fuels in a freefall. Historically low oil prices and caved demand led to less demand for ethanol to blend with gasoline.

As a result, many ethanol plants idled production and others cut back, beginning in March and April.

Both ethanol prices and plant margins dipped to historically low levels, and many ethanol companies responded by shifting to hand sanitizer production for the growing COVID-19 health crisis.

"The situation we face is dire," the groups said in the letter.

"More than 130 biofuel plants have already partially or fully shut down as motor fuel demand plunged to 50-year lows. America's biofuel plants purchase annually more than one-third of U.S. corn and U.S. soybean oil, and the loss of those markets has depressed farm income and will continue to push corn and soybean prices down dramatically."

The agency received the rush of exemption requests in response to the January ruling from the U.S. Court of Appeals for the 10th Circuit in Denver. Essentially, refiners believed if they applied for waivers retroactively from previous years they would comply with the court's order.

The 10th Circuit ruled EPA improperly granted exemptions to refiners that had not previously received exemptions. This means they did not legally qualify for waivers.

As of July 24, the Renewable Fuels Association reported there were 44 plants running at a reduced rate and 33 were fully idled, including 20 alone since March 1. RFA states 127 out of 204 ethanol plants were running at full capacity.

Since then, many plants have stepped up production but continued to fall short of pre-pandemic levels.

At the peak of the COVID-19 crisis in late April, more than 52% of ethanol capacity was idled and only 46 plants were running at full capacity, with 78 completely idled.

In September, EPA denied 54 of 68 pending requests for exemptions after receiving pushback from the ethanol industry and federal lawmakers.

Even then, the EPA had yet to restore 500 million gallons waived from the RFS after a court found the agency did so illegally in 2016.

For the first time in four years, the EPA missed the June deadline for finalizing 2021 volumes for the RFS. The Nov. 30 deadline came and went even without a proposal put forward. The completion of the 2021 numbers has been pushed back into 2021. 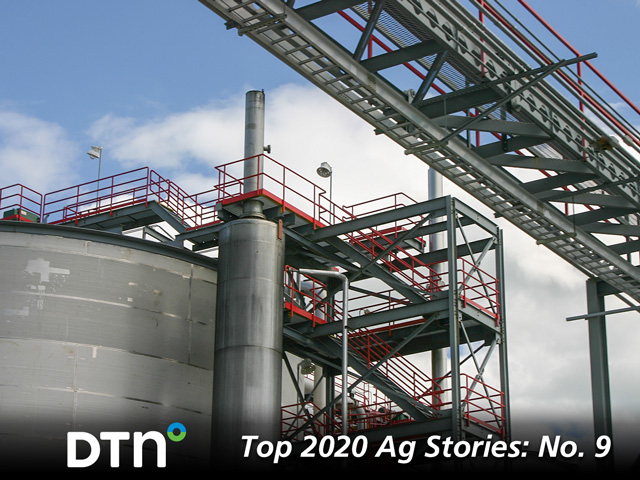