OMAHA (DTN) -- Each year, DTN publishes our choices for the top 10 ag news stories of the year, as selected by DTN analysts, editors and reporters. Today, we continue the countdown with No. 8 looking at the Trump administration moving aggressively towards deregulations. This includes finalizing the Navigable Waters Protection Act, updating pesticide labels and freezing ag labor wages, delist gray wolves from the Endangered Species Act.

The Trump administration continued to advance its deregulation goals in 2020, and farmers in particular, were the beneficiaries.

This past year, the Trump administration finalized the Navigable Waters Protection Act, which replaced the 2015 waters of the United States, or WOTUS, rule. Agriculture interests challenged the WOTUS rule in court for years out of concern the rule expanded EPA's reach onto farms.

A wave of lawsuits regarding the new rule was filed and are pending in federal courts, including challenges from environmental groups and states claiming the new rule weakened water protections in the Clean Water Act.

The new rule scraps terms such as "significant nexus" and spells out four specific categories of waterways that will be regulated by the federal government, leaving oversight of other water bodies to states and tribes.

Questions linger as to what a change in administrations will mean for the new water rule.

EPA corrected labeling issues that led the U.S. Court of Appeals for the Ninth Circuit in San Francisco to vacate the registrations for XtendiMax, Engenia and FeXapan herbicides in 2020. EPA set national cutoff dates for using the herbicides on soybeans and cotton. The agency also announced it would add new limits to states' ability to further restrict herbicides.

EPA's dicamba decisions drew praise from agricultural groups and criticism from environmentalists that had successfully taken EPA to court to ban the herbicides last summer.

The new EPA rule rewrote a 2015 rule from the Obama administration. The old rule required farm workers to protect themselves from pesticides even after they left the farm, but the new rule removes those provisions.

The old rule also required families to leave the immediate area when pesticides are being applied, but the new rule allows them to shelter in place. EPA stated the new rule provides farmers and their families more flexibility while still protecting workers.

The U.S. Fish and Wildlife Service announced in 2020 it would delist gray wolves from the Endangered Species Act, turning authority over to states to manage gray wolf populations.

U.S. Interior Secretary David Bernhardt traveled to a wildlife refuge near Bloomington, Minnesota, to announce the decision on the gray wolf, removing it from the Endangered Species Act list in the lower 48 states after 45 years. (Wolves are not found in Hawaii and they were never considered endangered in Alaska.) State and tribal natural resource and wildlife agencies will now oversee gray wolves and potentially open them up to hunting and trapping.

The announcement drew bipartisan praise, as well as support from an array of state and national agricultural groups, including the Minnesota Farm Bureau and Farmers Union, the National Cattlemen's Beef Association, the Sheep Industry Association and the American Farm Bureau Federation.

House Agriculture Committee Chairman Collin Peterson, D-Minnesota, who had introduced a bill in Congress to delist the gray wolf, applauded the U.S. Fish and Wildlife Service for the rule. "For years, I have called for this change on behalf of livestock owners and rural communities in Minnesota. This final rule allows Minnesota to set rules and protections for gray wolves that are more responsive to the needs of local communities."

When it comes to farm labor, the U.S. Department of Labor (DOL) took action to help cut labor costs on farms.

The DOL froze wages for H-2A guest workers for the next two years. That drew criticism from farmworker groups, but the American Farm Bureau and others supported the move.

National farmworker groups have asked a federal court to issue an injunction to stop the action.

In a Nov. 2 statement, U.S. Secretary of Agriculture Sonny Perdue touted the rule as a way for farmers to save costs. "Over the past several years, farm wages have increased at a higher pace than other industries, which is why this DOL rule could not come at a better time," he said.

The United Farm Workers and the UFW Foundation alleged in a lawsuit filed in a federal court in California that the DOL rule will lead to substantial wage losses for ag workers.

The Trump administration unveiled a proposal to streamline the National Environmental Policy Act (NEPA), which had created a drawn-out process for farmers and ranchers who seek renewal of term grazing permits, who want to conduct range improvements and who want to be involved in USDA programs.

The U.S. Department of Interior proposed to shorten the time for seeking approval of infrastructure and other projects under the auspices of NEPA.

The current NEPA has average wait times for approval of four to five years.

The National Cattlemen's Beef Association, Public Lands Council and the Family Farm Alliance expressed support for the proposal, subject to a 60-day public comment period once it posts to the Federal Register.

As meatpacking plants took center stage in 2020 with a number of closures due to COVID-19 cases, USDA took action to finalize a rule defining "undue or unreasonable preferences" for meatpackers.

Under the new rule, USDA will consider four specific criteria when deciding whether a packer, hog contractor or live poultry dealer has given undue preferences or advantages to a particular farmer or livestock producer.

For instance, USDA would consider whether a preference or advantage in buying livestock can or cannot be justified on the basis of dealing with different producers or meeting a competitor's price.

Also, preferences cannot be justified based on meeting other terms offered by a competitor. And preferences must also be justified as a "reasonable business decision." The rule drew criticism from cattle organizations and the National Farmers Union.

The Trump administration took a number of steps to deregulate the forest industry.

The U.S. Forest Service within USDA is now allowed to waive certain environmental reviews regarding the development of roads within national forests that is expected to open up millions of acres to more logging.

In addition, the U.S. Forest Service announced it would open up a large chunk of the Tongass National Forest in Alaska to logging and other development.

The new rule exempts the more than 9.4 million acres of the 16-million-acre forest from protections put in place under the "roadless rule" going back to 2001. The final rule will open up 188,000 acres of "old-growth timber" for logging, the rule stated in the Federal Register.

Alaska's governor and at least one U.S. senator had lobbied President Donald Trump to exempt the state from the roadless rule. Yet all five of Alaska's native tribal nations withdrew from the agencies working on the rule earlier this month because of disagreement on their input into the process.

The Washington Post reported tribes that helped clear cut timber decades ago ended up suffering the consequences of landslides in the area that still continue today.

Critics of the move also noted USDA reports show much of the timber that already comes out of logging allowed in Tongass is exported to China. USDA has reported at times more than 90% of the lumber from Tongass goes to China. 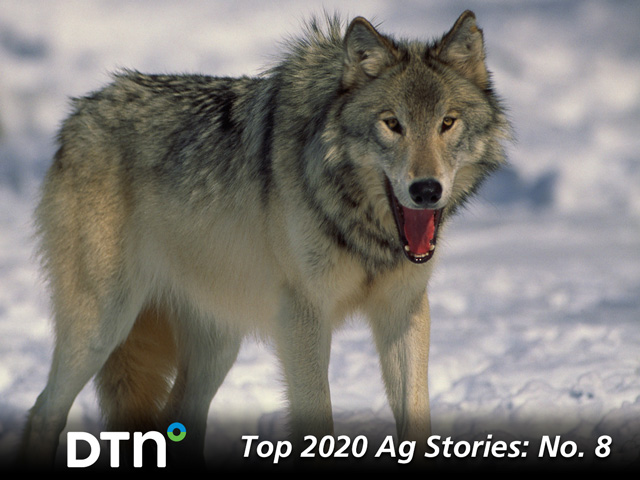