Brent Crude Oil: The spot-month contract closed $1.62 higher at $66.87. Though weekly stochastics continue to show the market is overbought, the major (long-term) trend remains up. With monthly stochastics also above 80% the market could soon run out of bullish momentum long-term, and if so the secondary (intermediate-term) trend could turn down again. For now the market continues to be driven by a bullish forward curve.

Distillates: The spot-month contract closed 9.87cts higher at $2.0681. Despite weekly stochastics sitting above the sharply overbought level of 90% the market continues to extend its major (long-term) uptrend. Support continues to come from the market's bullish fundamentals, indicated by the backwardation (inverse) in its forward curve.

Gasoline: RBOB gasoline futures market closed 3.35cts higher at $1.7958. The secondary (intermediate-term) trend remains sideways-to-up with resistance at the previous high of $1.8402. Support is at the 4-week low of $1.6438.

Ethanol: The spot-month contract closed 1.4cts higher at $1.320. The secondary (intermediate-term) trend remains up with initial resistance at $1.371. This price marks the 23.6% retracement level of the previous downtrend from $1.760 through the low of $1.251. Weekly stochastics are bullish below the oversold level of 20%. 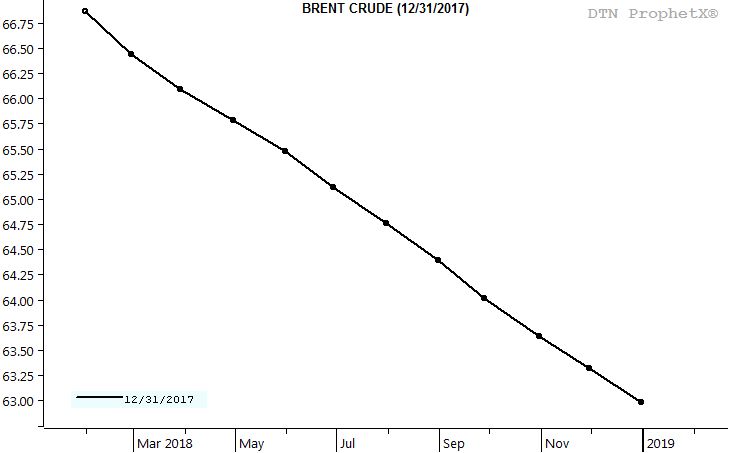