ARLINGTON, Va. (DTN) -- Brazil's corn production could soon match the U.S. in much the same way its soybean and beef industries have.

To look at the possibilities for Brazil, USDA has contracted with Texas A&M to examine the country's production and export potential in 2040. That study isn't completed, but the USDA Outlook Forum offered a preview of what it may forecast.

"What can they do in the next 20 years?" asked Clay Hamilton, agricultural counselor for USDA to the American Embassy in Brasilia, Brazil. He added, "I think the future of world agriculture is the United States and Brazil agriculture growing together."

Brazil has shown over the last two decades the ability to make rapid gains in production. Brazilian soybean production has grown fourfold and the value of agricultural exports has grown nearly fivefold.

"There is a lot of potential to increase production in Brazil," Hamilton said.

"We have a lot of land, a lot of people and we expect to produce more and export more," Amaral said.

William Westman, senior vice president of the North American Meat Institute, was on a panel discussion talking about U.S. agricultural relations with China. He also pointed to growing infrastructure investments by China in Brazil, including work on both roads and rail, "and it is all to get soybeans from Brazil to China."

Brazil sent $26.6 billion in commodities to China last year, compared with $23 billion in U.S. ag exports to China in Fiscal Year 2017. Other Asian countries and the European Union are the other top markets for Brazil.

Roberto Rodrigues, a Brazilian farmer and also former agricultural minister, now is a coordinator at an agribusiness center in Sao Paulo. He said he thinks there are about 15 million hectares (41.1 million acres) of land that could still go into agricultural production in Brazil without affecting the country's rainforest. If that were to happen, Rodrigues said he believes Brazil can increase both grain and beef production 40% over the next decade, but uncertainty remains over policy and infrastructure expansion in the country.

"Brazil needs a strategy to get that extra production," Rodrigues said.

The new growth area for Brazil crops is "Matopiba" -- the states of Maranhao, Tocantins, Piaui and Bahia -- along with Paraiba. Those states right now are primed for production expansion in Brazil, Ribera said.

"The expectation is that production is going to grow quite a bit," Ribera said.

At 3.74 billion bushels of corn production projected this year, Brazil only produces about 25% of the production of the U.S. corn crop. However, Ribera and Rodrigues see a significant expansion of the second-crop season, the "safrinha" crop, which is typically corn. With double cropping, and in some cases triple cropping, Rodrigues predicted by 2040 Brazil's corn production could be as high as the U.S.

"Everybody is going to grow corn so the increase in corn will continue," Rodrigues said.

Mato Grosso has one ethanol plant already and another is being built. Along with that, corn ethanol production will grow as crops are converted to biofuels and then the distilled grain is used for feeding cattle.

"Their corn-ethanol production is small percentage (compared to sugar ethanol) but it is growing," Hamilton said.

While it might seem unrealistic for Brazil to increase its corn production fourfold by 2020, the country more than tripled its soybean production since 2000-01. 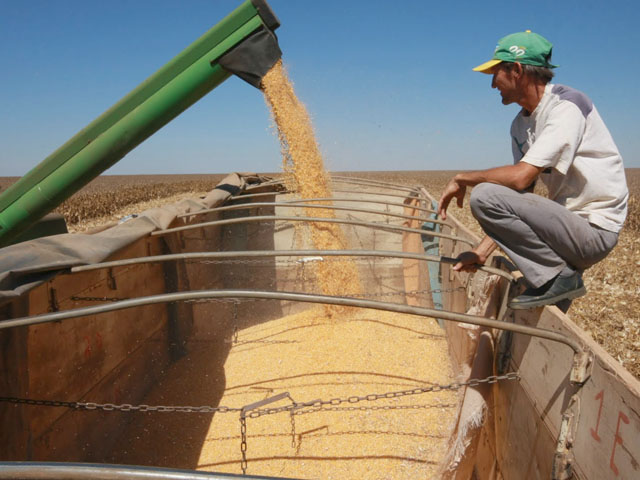