One of the hardest lessons I had to learn about the cattle market is that there's more to cracking its 'code' than cattle. Cattlemen will always long for a land where the cattle market trades on fundamentals alone, but as time passes us by, we realize that isn't our reality.

Last week was hell for the cattle market. As Russia advanced further into Ukraine, grain prices shot higher and the strong fundamental ground on which the cattle market was anxiously waiting to rally upon was jerked right out from under cattlemen's feet.

The fundamental facts all still remain true. We have been, and still are, liquidating cattle at nearly unfathomable speeds which should drive prices higher in the future for both feeder cattle and live cattle prices. Feedlots still possess currentness in their showlists which should give them an upper hand in the cash market. Processing speeds continue to crank through supplies of market-ready cattle. Last week alone, there were 658,000 head of cattle processed -- 11,000 head more than the week before!

But when the world is forced to look at war, the markets don't care about the market's fundamentals. In one of our weekly analyst calls, DTN Lead Analyst Todd Hultman said, "Don't ever get too confident in the fundamental windshield, because it changes before your eyes." And that's exactly what happened to the cattle market when Russia decided to invade Ukraine -- the game changed.

As cattlemen and traders try to get their heads wrapped about this market, a few things remain true. First, the war between Ukraine and Russia will likely continue to influence the market heavily -- regardless of what's happening fundamentally. Second, even if the war came to a screeching halt tomorrow, the market would continue to suffer as it would have to crawl out of the hole that was recently dug. But, last, the facts still remain that we are sitting at a point in which the cattle market could begin to rally (when given a chance) as numbers of beef cows continue to dwindle.

Yet again cattlemen are left with another hurdle to crawl over, as the war has sent the market spiraling to lows we couldn't have imagined even three weeks ago. Being able to partake in the opportunity that looms will depend on one's ability to manage through the hardship of today. 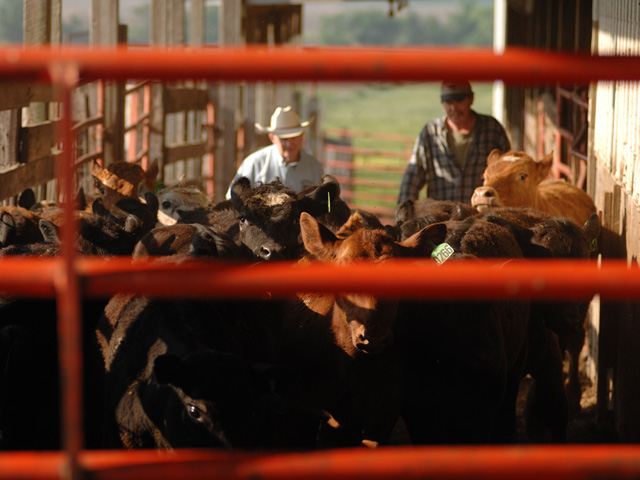