When looking at how the cattle contracts are trading throughout Jan. 24, traders may have gasped in shock about Friday's Cattle on Feed (COF) report.

In case you missed it, on Friday's COF report the market was caught off guard by the 6% year-over-year jump in placements. Analysts anticipated that placement numbers would be anywhere from steady to 4.7% higher than a year ago, but 6% wasn't on their radar.

So, upon hearing that placements in December jumped 6% to total 1.96 million head -- the highest they had ever been for December since the report began in 1996 -- sweat likely began to run down everyone's neck! However, let me remind you that emotional reactions are the absolute last thing that our market needs.

Before you jump on the fear bandwagon, think about what other options producers had with their feeders. Wheat fields didn't make, hay prices are outrageous and there's very little winter grass to be grazed, as producers battled a devastating drought. So where else were these feeders supposed to go? The last option that feeder buyers had with these cattle was to put them in feedlots and grow them that way.

Remember to closely analyze the data before you react to a market headline; Friday's COF report is a perfect example of the need to better understand report's full context verses its simple headline. If fear is still causing anxiousness, be patient; on Jan. 31, the new Cattle Inventory report will be released and it's likely that it will share bullish news for the cattle market.

If you're making plans to attend the National Cattlemen's Beef Association's convention next week in Houston, plan to stop by the DTN/Progressive Farmer booth, as I'll be at NCBA as well! I'd love to opportunity to meet you and to chat about the cattle market. 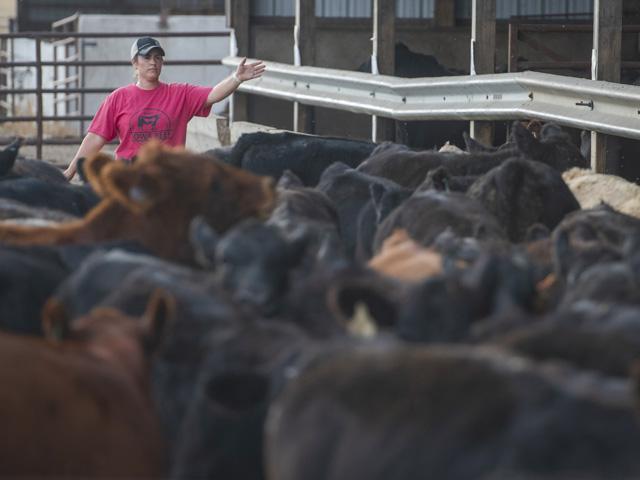