Cattlemen like to see a strong beef export market, but talking about beef imports is a subject that most despise to their core. And while cases of bovine spongiform encephalitis (BSE) are never welcome, the recent announcement that Creutzfeldt-Jakob disease (CJD) has been detected in two humans in Brazil has now led to conversations on whether the U.S. should continue to allow fresh beef imports from Brazil.

The CJD, according to Brazilian agricultural ministry officials, is sporadic in these two cases and not caused by eating beef or beef byproducts.

This followed Brazil confirming, on Sept. 4, that it had found two cases of atypical BSE in animals in meat plants and not caused by contaminated feed.

The National Cattlemen's Beef Association (NCBA) released a press statement last Friday stating that, "In the letter to USDA, NCBA asked for a suspension until the agency conducts a thorough risk assessment and review of the processes that Brazil's Ministry of Agriculture, Livestock, and Food Supply (MAPA) uses to detect disease and other threats to consumers. NCBA also urged USDA to review Brazil's veterinary diagnostic laboratory system.

"NCBA has long expressed concerns about Brazil's history of failing to report atypical BSE cases in a timely manner, a pattern that stretches back as far as 2012. Their poor track record and lack of transparency raises serious doubts about Brazil's ability to produce cattle and beef at an equivalent level of safety as American producers. If they cannot meet that bar, their product has no place here," added Ethan Lane, NCBA's vice president of government affairs.

"According to reports published by the World Organization for Animal Health (OIE), Brazil took more than eight weeks to report two confirmed cases of atypical bovine spongiform encephalopathy (BSE). The OIE requires countries to report within 24 hours for any animal disease event that could be of international concern for public health emergencies."

(Read more about the current cases of BSE in Brazil here: https://www.drovers.com/….)

The latest data from USDA shared that for the week ending Nov. 6, 2021, fresh beef imports from Brazil have totaled 33,631 metric tons, which is 19,447 metric tons more than what the country had imported at this time last year.

Painfully, we remember how BSE hit the beef market hard when first identified in North America, including in a cow in the U.S. in 2003: "North America was considered BSE-free until Canada and the United States each discovered a single case last year, immediately creating a scare among domestic consumers and the cattle industry. U.S. cattle futures prices plummeted in the few weeks following the U.S. discovery of BSE, with nearby futures prices falling by more than 15%," wrote Colin Carter and Jacqueline Huie from UC Davis a year later (https://s.giannini.ucop.edu/…)

"Since vCJD was first reported in 1996, a total of only 231 patients with this disease, including three secondary, blood transfusion-related cases, have been reported worldwide. The risk to human health from BSE in the United States is extremely low," said CDC's report updated in September prior to the latest Brazil cases. (See https://www.cdc.gov/….)

However, it's understandable that the cattle industry is nervous about Brazil. Dividends are finally starting to trickle back down into the hands of U.S. feedlot owners and cattle producers. While U.S. trade wasn't affected much by U.S. BSE cases in the last almost two decades since the initial market shock of the first case in 2003, and past and present consumers remained confident and supportive of U.S. beef being safe, there are still fears.

Even if BSE is kept out of the U.S. cattle herd, will unsafe Brazilian beef lead to a case of CJD in a consumer here -- or even the threat of that lead to consumers buying less beef overall, no matter where it comes from?

This is why BSE cases in another continent are causing concerns here in the U.S.

The fact that the market has had as many "black swan" events (packing plant fires, COVID-19) as it has in the last three years is enough to try to work through.

Thankfully, in the last month, leverage has finally started to favor feedlots after a grueling last two years. Protecting the market from any potential risk and finding some sort of normalcy should be the goal of all those invested in the marketplace.

The cash cattle market has had to go toe-to-toe with packers to fight for every dollar that they've successfully gained.

Now that the market's finally gotten some steam under its tracks, this momentum could very well be supported through the end of the year and potentially even until the spring of 2022 as demand is strong and supplies of market-ready cattle are thin.

While there are legitimate concerns about being responsible to protect consumers, avoid the disease, and report as quickly as possible any cases of BSE and CJD -- rare though they are in the world -- ultimately, the current U.S. market situation is also why the feedlots want to keep Brazilian beef out and keep the beef market stable. 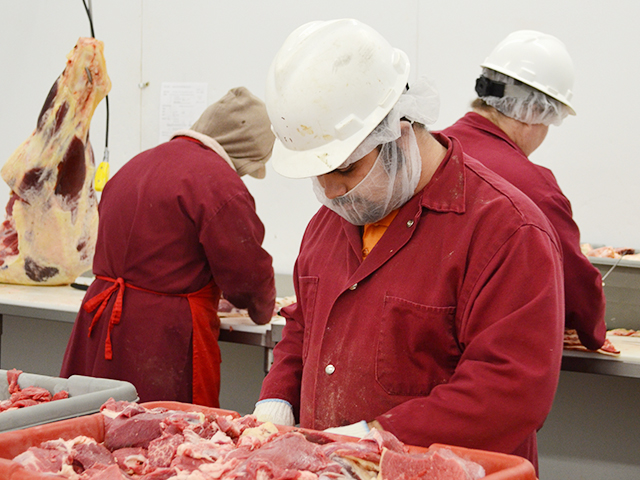