It never fails -- the calendar turns and we enter into a season of holiday bliss, wintry days and a typically depressing cash cattle market. Cattlemen whisper a prayer underneath their breath of, "Lord, please let us just be past the New Year already."

But, after this Thanksgiving week, it seems like the odds may be in cattlemen's favor already. Cash cattle markets are often depressed or lackluster during the holidays, but this past week was nothing of the sort. Cash cattle markets rallied $2 to $4 depending on the region and some cattle were bought with time. Usually when cattle are bought with time (meaning that they are bought in the current week with the agreement to be delivered/processed in a later week), it's a negative thing because then packers usually take those weeks lighter in their cattle acquisition.

However, this week leads one to believe that pens aren't as full as packers assumed. Knowing that the packing plant in Holcomb, Kansas, is up and running (though not to full capacity) will add one more bidder to the pot, and this leads packers to double check if they have enough cattle for the upcoming weeks.

But could the market luck out enough to have two holiday wins in a row?

With Christmas around the corner, cattlemen know that's about as likely as winning a coin toss. However, last week's total negotiated volume of cash cattle sold totaled 72,422 head; not near enough cattle for packers to process in the next three upcoming weeks before Christmas. Nevertheless, as the market edges closer to the beginning of 2020, 2019 has yet to quit surprising us all, although weeks of cash cattle gains are the surprises cattlemen like to see.

Catch the last week's full market recap in a condensed five-minute video on the DTN/Progressive Farmer Facebook Page. Click the link below:

You can keep an eye out Mondays for my weekly videos on our main DTN/Progressive Farmer Facebook homepage at https://www.facebook.com/…. 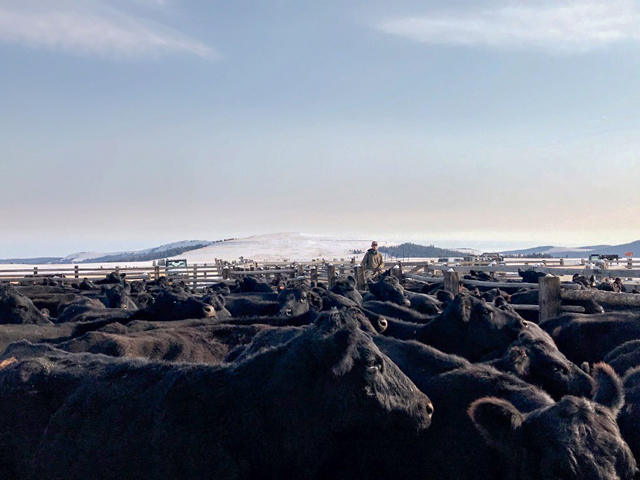