It was just so easy to react to. The news was simple -- few media reports on the executive order needed more than a few paragraphs to describe it. The order itself is only about three pages long. (See it here: https://www.whitehouse.gov/…)

And there were pictures included! A close-up of President Trump looking serious, holding up the signed order. Another one of the president signing the order, surrounded by Secretary of Agriculture Sonny Perdue and a beaming group of Future Farmers of America.

But here's the funny part: This is already happening.

Just last week, the USDA took an enormous step toward fulfilling this exact goal of deregulating GM crop traits. The agency posted a proposed new rule that would change how the USDA evaluates the risk of new and old GM techniques, and thus streamline the process that companies go through to commercialize crops created with them.

The rule could be hugely influential for agriculture. It could literally change the landscape of GM crops, by allowing companies and universities to release and commercialize GM traits much faster, with less expense.

Yet the response was ... well, muted.

A few news organizations noticed and wrote up stories -- DTN included. (See it here: https://www.dtnpf.com/…) Two biotech-oriented industry groups, the Biotechnology Innovation Organization (BIO) and the American Seed Trade Association (ASTA), also sent out statements, but they were short and vaguely worded. The more farmer-based industry groups, such as the National Corn Growers Association (NCGA) and the American Soybean Association (ASA), remain silent on the matter to this day. Many anti-GM activist groups seem not to have noticed the rule at all.

Why on earth would two similar announcements on the same topic warrant such disparate reactions?

Well, the newly proposed GM rule from USDA is neither simple nor short. Specifically, it is 28, triple-column pages of size nine font. It is packed full of technical language, describing the various ways plant breeders have tweaked and improved the DNA of plants and crops for the past 30 years.

Perhaps most damningly, it came with zero pictures.

Yet this part is simple: The executive order was flashy and exciting. But it is unlikely to produce anything substantial right away. Mostly it requires the FDA, EPA and USDA to "identify relevant regulations" and make "action plans" in the coming months. That will certainly produce a lot of paperwork. But it's hard to know what will actually come of it.

The GM rule was neither flashy nor quotable. But it is enormously significant, with the potential to affect nearly every crop farmer, scientist and seed company in the U.S. To their credit, ASA and NCGA told DTN they had not yet commented on the rule because their analysts were still poring through it, trying to understand its full significance.

The rule is posted on the Federal Register, awaiting public comments until Aug. 5, 2019, when officials will read through them and make a decision on how to proceed. So far, it has an underwhelming 50-odd comments. You can find it here: https://www.govinfo.gov/… and comment here: https://www.regulations.gov/….

And just remember: It can be easy to get caught up in photo ops and sound bites and slogans. The real news is usually more complicated and less easily digestible. So -- if you need us -- DTN reporters will be here, sifting through hundreds of pages of unphotogenic science and ag policy, talking to experts and writing about what it means for you. Look for our stories. 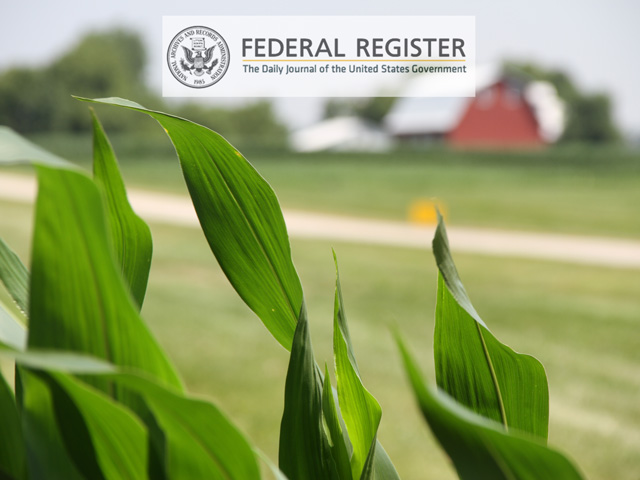