DECATUR, Ill. (DTN) -- There's been more China in my copy today than there has ever been in my kitchen cabinets. Monsanto kicked off the morning with the announcement China had approved Roundup Ready 2 Xtend soybeans.

The next helping of news clued us to the fact that Swiss-based Syngenta is asking shareholders to approve a sale of the company to China National Chemical Corp., also known as ChemChina. A $43 billion all-cash offer was enough to entice the company to encourage the sale. The deal must still undergo scrutiny of shareholders and regulatory agencies, but my interview with Davor Pisk, Syngenta's chief operating officer, this morning left little question as to why Syngenta liked this deal better than the proposals tendered by Monsanto last year.

ChemChina, according to Pisk, will let Syngenta remain Syngenta in name and in place and personnel. All cash. No required sale of Syngenta's seed business and few overlaps with ChemChina's current businesses make for less antitrust concerns.

On a media call this morning, Pisk acknowledged that China and Syngenta have tangled in the past over traits. Syngenta moved both Agrisure Viptera and Agrisure Duracade into the market without import approvals from China. The upheaval in trade that resulted because of Viptera (MIR 162) is still being played out in courtrooms.

Ironically, news that Syngenta may one day officially become Chinese owned didn't help Duracade in the import approval process. It was not among the traits to receive approval Wednesday (nor was Dow AgroSciences' 2,4-D Enlist trait).

"I think China is looking to develop biotechnology in agriculture and in other industries because it recognizes the benefits it will bring, particularly in agriculture to help drive productivity, but also quality of agricultural production. However, that's not going to happen overnight. I believe the Chinese leadership are very mindful of concerns within their population about this technology," Pisk said.

He noted that some food health scares in China have contributed to consumer reluctance to embrace technology. "It's a very sensitive issue, and so there is some reluctance among consumers to accept new technologies. So, I think there is a commitment to this, but it needs to evolve and we certainly look forward to playing a part in helping to develop that opportunity," he added.

Pisk doesn't think the new arrangement will give Syngenta a leg up or special treatment. "But maybe Syngenta can help understand the issues better by being part of a Chinese company than being on the outside looking in... I think there are opportunities there certainly, but I don't think they are going to be necessarily quick ones," he said.

Speculation that national security concerns may influence the merger's chances of success has also filled the news wires. A little-known federal agency, the Committee on Foreign Investment in the U.S. (CFIUS), has long scrutinized mergers between foreign and American companies. Syngenta is not an American company, but it has extensive business ties to the U.S., which could draw the attention of the CFIUS, especially given recent concerns over Chinese access to U.S. agricultural trade secrets. The merger announcement comes just days after a Chinese citizen pleaded guilty to stealing genetically engineered corn seed from DuPont Pioneer and Monsanto for China in 2013.

How U.S. farmers will accept seed that comes with a China label remains to be seen. Pisk told DTN he sees the acquisition as a way to ensure development of traits and technology rather than further consolidation of the industry. 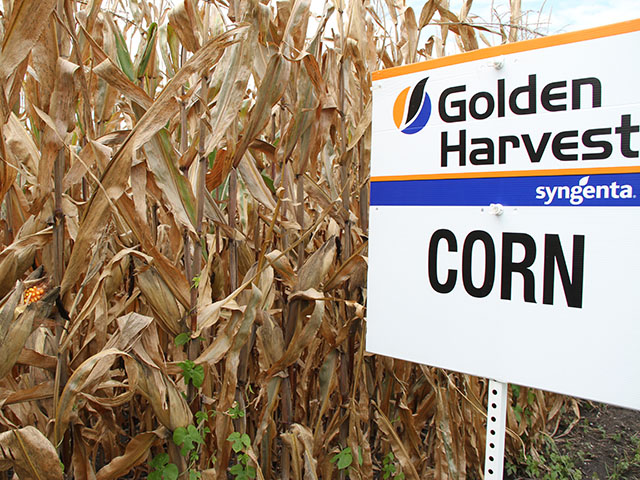 Bonnie Dukowitz
2/7/2016 | 8:13 AM CST
More monopoly's in any industry is not good. Take a look at the cost of prescription drugs. No competition left with the blessings of the government.
andrew mohlman
2/5/2016 | 6:43 PM CST
They already are allowed to manipulate are markets feeding crooked capitalist.
Gary Hoots
2/4/2016 | 7:38 AM CST
I can't imagine a long term result that will be positive for the American farmer or consumer in this deal. Our largest buyer of farm products will control a major source of inputs? I don't believe the trait approval system in China will work independent of that fact - I can easily imagine a time when the only crops approved for export to China will be those with traits originated by the China owned company, and guess what the cost of those traits will be!